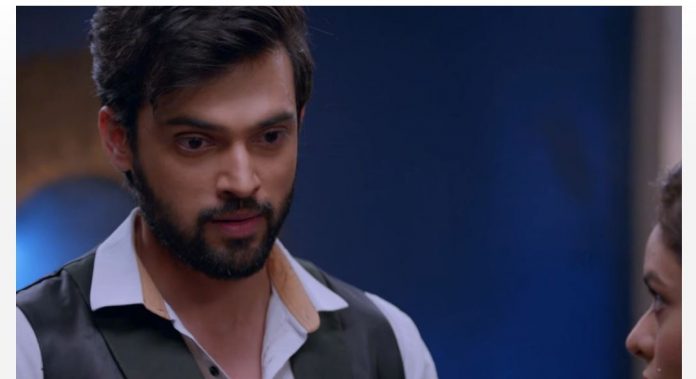 Kasautii Starplus Dark revelation Anurag Komolika Prerna Komolika cleverly lies to Anurag about Jagga. She convinces him. He knows that she is also much stressed. He thinks of Prerna. Prerna waits for Shivani. She comes across Komolika. Komolika doesn’t like her and wants her to die. Prerna asks her to worry for herself, since Jagga will be exposing her soon. Komolika doesn’t think Anurag will remember her. Prerna tells that Jagga will unmask her crimes, Anurag will not spare her. Viraj meets Prerna to know about her. Komolika tells him that Prerna loves her husband a lot, but now she started liking him.

She tells that Prerna was praising him. Viraj gets glad. She tells him that Prerna feels lucky, they should spend time together. She wants Viraj to fall for Prerna so that he doesn’t leave her. Viraj feels lucky to get Prerna. Prerna doesn’t want him to feel for her. She wants to tell him the truth. Viraj asks Shivani if she doesn’t like him, if she finds him unsuitable for Viraj. Shivani tells him that she likes Prerna’s husband, he is the best. He doesn’t feel bad by her words. He wants to become like Prerna’s husband, so that Prerna likes him too. Shivani doesn’t tell him about Anurag.

On the other hand, Mohini is frustrated that Anurag kept Jagga at home for Prerna’s sake. She is afraid for her family. Moloy asks her to imagine Prerna’s suffering, how she has dealt with the goons alone. Mohini doesn’t want to pity Prerna. Moloy avoids talking to her. Komolika meets Mohini to lie to her and get some sleeping pills for Anurag. She acts obedient to Mohini and pleases her. Mohini wants Anurag and Sonalika to be happy. Komolika adds the pill in water and drugs Anurag. She wants Anurag to fall asleep. She plans to kill Jagga to save herself. Shivani asks Prerna if Komolika has planned the evil kidnapping.

Prerna admits that Komolika wanted to kill her. Shivani wants to expose Komolika in front of Basus. Prerna stops her and hugs. Anurag finds them getting emotional. He takes care of Prerna. Viraj finds Anurag and Prerna together again. He fails to understand their strong bonding. He wonders if they were in love before. Nivedita and Mohini speak to Komolika about Prerna. They want to call the police and hand over Jagga so that Prerna leaves from their house. Komolika is afraid and doesn’t want any more problems. She acts concerned for Anurag and Prerna.

She asks them not to call the police. They think Sonalika is too kind-hearted. Mohini just wanted Anurag to be happy. She doesn’t want him to get occupied with Prerna’s matters. She also suspects that Prerna is planning everything to stay close to Anurag. Nivedita calms down Mohini. She also supports Sonalika, who is showing a big heart for Anurag. She feels Sonalika is a great soul to tolerate Prerna at home, even when she knows that Anurag is getting close to Prerna with time. Komolika finds them foolish. She thinks to stop Jagga from revealing her name. Komolika goes to stab Jagga to death. Prerna stops Komolika from killing the witness. Prerna and Anurag catch Komolika red-handed. Will Komolika get exposed this time? Keep reading.

Best Comment by Puja Routh Chatterjee:
The serial goes worse and worse. Where is bajaj who promise to save prerna all time?