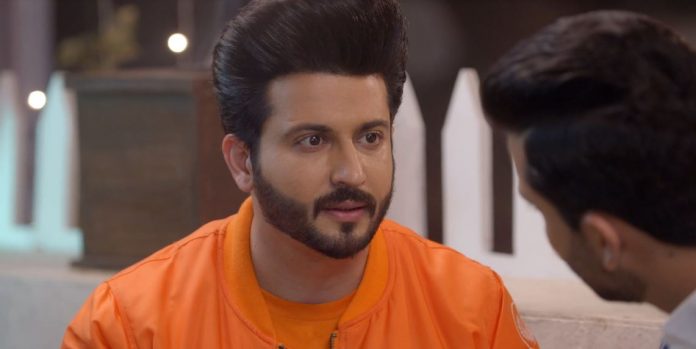 Kundali NEW Karan ultimate deal Sherlyn in huge shock Sherlyn meets Preeta to leave her enraged. She has a motive to anger Preeta and break her trust on Karan. She knows that Karan has met Preeta and is trying to help her. She tells Preeta about the day’s incidents. She informs about her drama to leave her in-laws, and compelling the elders to take her back home. She asks Preeta if she is happy in the jail. She then shocks Preeta by informing her about Mahesh’s critical state. She doesn’t tell that she is responsible for it. She just tells that she has saved Mahesh’s life after returning home and turned into an angel for Luthras. This way she has got a place in their hearts and made Preeta away.

She tells that Luthras now hate Preeta. She is happy that Rishabh and family respect her, though she had to plan much. Preeta tells her that Karan promised to free her from the wrong blames. Sherlyn asks her to be happy and mistaken. She confuses Preeta. She tells that Karan is just winning her trust to make her jailed forever. She reveals that Karan doesn’t want Preeta to hire any lawyer by believing him, so that she gets punished by the laws. She asks Preeta to not depend on Karan and better save herself. Preeta doesn’t think Karan will back stab her. She asks Sherlyn to get out of her sight.

Sherlyn enjoys to see Preeta irritated. She also tells about Karan taking Mahira to the Kuldevi temple for the pre-marriage rituals. Preeta doesn’t want to hear anything related to his marriage. Sherlyn teases Preeta and asks her if she is interested in knowing about baby’s father. Preeta questions her knowing Rishabh isn’t the baby’s father. Mahira pops up at the police station at the same time and overhears Sherlyn’s confession. She didn’t knew about Sherlyn’s huge lie. Sherlyn doesn’t reveal anything and goes away to buy a birthday cake for Ramona. Mahira returns home and celebrates Ramona’s birthday.

Everyone seems happy. Sameer and Kritika know Sherlyn is evil, but are indebted that she saved Mahesh’s life. Sherlyn portrays a good bahu in front of everyone. Rishabh and Rakhi get pleased by her. Sherlyn calls the inspector to know about her plan execution. He informs that he had tricked Sarla well by giving Mr. Sharma’s number. He tells that the lawyer will lose the case for Aroras. Sherlyn is glad. Mahira asks Sherlyn about her next move. Sherlyn reveals her superb plan to get Preeta punished by her hired lawyer.

She tells that she has tricked Sarla by bribing the inspector, Sarla will wait for justice, but will see Preeta getting jailed. She wants Sharma to lose the case, so that Karan also fails to help Preeta. Mahira rejoices on knowing Sherlyn’s plan. She asks Sherlyn if she isn’t scared to put everything at stake. Sherlyn tells that she is ready to take any risk to get rid of Preeta. She asks Mahira to just think of their goals than the risks. Meanwhile, Karan is much sad thinking about Preeta.

He tells Rishabh that she is innocent and shouldn’t face the punishment. He wants to help her some way. Rishabh too wants to help her. He tells that Mahira will never help them. Karan thinks that’s the only option though difficult. He wants to convince Mahira to withdraw the case, so that Preeta gets released. Rishabh wishes him all the best. He prays for Aroras’ peace and happiness.

Elsewhere, Sarla mortgages the wedding hall for money to pay the lawyer fees. Shrishti gets emotional when Sarla explains the need to take this step. Sarla tells that they have to save Preeta first and can easily save the wedding hall later. She doesn’t want her daughter to bear the punishment. Shrishti feels proud of Sarla’s sacrifice. Janki advises them to speak to Karan and try to get the matter settled out of the court. Sarla decides to call Karan. Karan promises to marry Mahira only if she frees Preeta on a clean chit in the accident case. Sherlyn doesn’t want Mahira to agree to Karan. Karan hopes Mahira accepts his deal.

This is ridiculous, Sherlyn, Prithvi n now Mahira all are behind Preeta to ruin her life. Please stop showing only negativity in this show we are fade up now. How long Mahesh will be on bed, Sherlyn is pregnant but can’t see at all strange, please expose the culprit in front of the whole family. Let Karan and Preeta live their life happily.