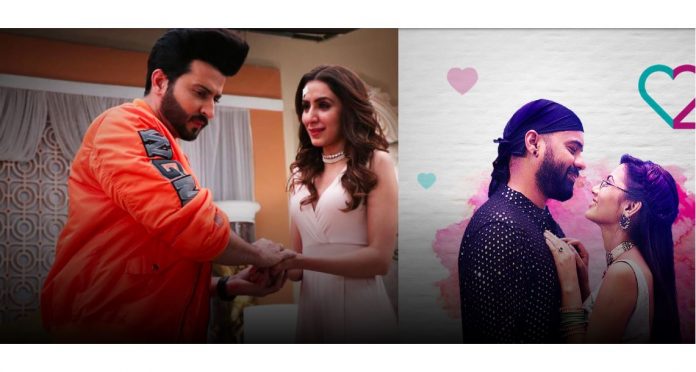 Kumkum Kundali Spoiler Alert Zee Top 4 Snips Today Abhi suspects Rhea’s involvement in Maya’s hiring. He thinks someone is after Ranbir and Prachi. He can’t imagine why would Rhea do this. Aaliya shows Rhea a wrong path again, when Rhea was realizing her mistakes. Aaliya tells Rhea that Prachi is bad and Rhea isn’t wrong to fight bad people. Abhi questions Rhea about meeting Maya. He threatens to find out the truth himself if she doesn’t tell anything. He tells that many more truths will surface if she hides one such thing.

Rhea gets scared of getting exposed. She doesn’t want Abhi to know her crimes. On the other hand, Ranbir drops Prachi home. He gets a big shock when Sarita behaves really weird and yells at him in an insulting tone. Sarita wants Ranbir to get out of her house. Prachi is also clueless about Sarita’s anger.

Akshat pretends that he has moved on in his life with Antara. Still, the immense love from his eyes reflects. He feels worried for Guddan after reaching her shooting sets. He doesn’t know about the shooting going on. He attacks on the guy. He expresses his love for Guddan. Guddan doesn’t know how did Akshat come suddenly. Guddan realizes that Akshat still loves her. Akshat gets speechless when her confronting look.

Akshat realizes her shooting in progress. He apologizes to Guddan for spoiling the shoot. Dadi meets Guddan and makes a request. Guddan doesn’t refuse to her. Dadi begs her to return in Akshat’s life and give him happiness.

Karan and Preeta have a heart to heart talk. She wants to know about his deal with Mahira. He had promised to marry Mahira. He doesn’t want to reveal his sacrifice to Preeta, which will break down her morale. He thinks she will be heartbroken and may lose willingness to fight for her freedom if he tells her the truth. He doesn’t want to explain how helpless he has become, because of Mahira and Sherlyn.

He tells her that he is sure that he will free her from the jail. He also believes that he won’t marry Mahira, his marriage will some how stop. Mahira gets herself attacked by the goons to mislead Karan. Karan guesses that she is in real danger. He informs Rishabh about the attack on Mahira. He wants to save Mahira and bring her to the court on time. Sarla is worried that the court break is ending and Mahira didn’t turn up. Sarla tells that even Karan is missing now. Shrishti is also worried.

Frankly it is disappointing. We must still give logic to the fiction while respecting reality. Humble request to the CVs. Never kalma and anusar to be happy. Never. That’s why so much romance between the two couples because barely a little happiness that there is very long time for separation.