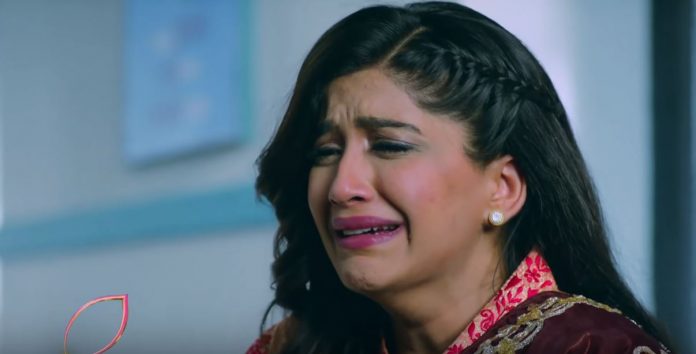 Colors Top 4 Shakti Bepannah Upcoming today Heer surprises Virat by her over friendly ways. He doesn’t welcome her in his house. He doesn’t want her to face troubles because of his family. He wants her to leave from his house. Heer tells him that she is disappointed. They both get into a cute argument. Heer gets angry on his instigation. They both have a romantic moment. Virat tries to make Heer out of the house before his mom sees her. Preeto doesn’t know that Heer isn’t home. She goes to apologize to Heer and spend time. Heer fears to get caught.

Shubh Aarambh:
Rani encourages Raja when he feels failed in his work. She tells him that he should rectify his mistakes and always keep trying. She asks him to move on rather than crying on his mistakes. She tells him that he still holds a chance, he can try harder until the last moment. She asks Raja to work hard and just see the result. She wants him to become determined. Rani helps him in getting rid of the sleep. She motivates him. They both get into a romantic moment while decorating the shop.

Choti Sardarni:
Meher and Sarabjeet get into an odd moment what Momsi tells Yuvi that Sarabjeet loves Meher a lot. Meher starts realizing Sarabjeet’s selfless love. Meher stays happy. Sarabjeet wants to assure her all the happiness in her life. Shockingly, Meher gets arrested for providing fake medicines stock in the hospital. The police has evidences against Meher. The inspector doesn’t listen to Sarabjeet and arrests Meher. Meher was happy celebrating her baby shower ceremony with the family. Her happiness shatters because of the arrest. Sarabjeet promises to rescue her.

Bepannah Pyaar:
Sahas and Kunti are planning against Raghbir. They want to make Raghbir ill so that his health state affects his relation with Pragati as well. Pragati gets worried for Raghbir when he vents his frustration on her. She clears her doubts about Sahas. She wanted to know if Sahas’ intentions are selfish. She learns that Sahas loves her. She wants to find out the truth. She finds the storeroom locked. She learns about Sahas’ obsession. She gets scared to see her name written with blood. She finds her pictures all over the place. She can’t believe Sahas’ madness. She also hears Sahas’ confession for her. Sahas wants Raghbir to die to get away from his way. Pragati gets a huge shock to know his evil intentions.