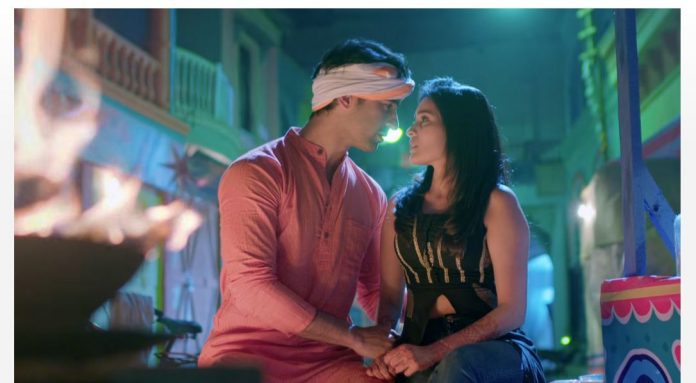 Rishtey New Villain for Mishbir Storm arising in Wedding Abir and Mishti enjoy their Sangeet. Abir is still disturbed about Meenakshi. Parul meets him and explains him that Meenakshi wasn’t at fault, she was just trying to be a part of her son’s Sangeet. Abir tells that everyone got the same fear back in them because of Meenakshi. Parul asks him not to think negative. She tells that Meenakshi has reasoned everything. She asks him to think of Mishti and make a special surprise. Nidhi tells Meenakshi that Parul is advising Abir against his mother. Meenakshi gets angry that Parul isn’t supporting her. Still, she feels Mishti is Abir’s happiness. She wants to give happiness to Abir.

Mishti wants to call Abir. She gets the court notice. Kuhu snatches it. She blames Mishti for all the problems in her life. Once again, Mishti bears it all. Kuhu can’t forgive her for breaking Nannu’s heart. Mishti gives her a good reply to make her realize her own mistakes. Kunal meets Abir and learns more about true love. He doesn’t want to lose Kuhu. He imagines her around. He doesn’t want his marriage to break. Kuhu doesn’t want Mishti to trouble her family. Mishti goes to meet Abir. Kunal wonders about his feelings for Kuhu. He types a message and fails to send it, because of Nanu’s interruption. Nanu and Ketki ask him to plan surprise for Mishbir.

Kunal messages Kuhu to help him. She rushes home and gets disappointed when he talks about surprising Mishti. She was hoping that he talks about their marriage. Abir and Mishti meet and spend romantic time. Kuhu gets annoyed with Kunal. She starts disliking Mishti. She agrees to help on Nanu’s request. Meenakshi doesn’t want to accept defeat. She wants Abir to achieve his happiness. Vishwamber meets Mishti and apologizes to her for the past incidents. Mishti cheers him up and tells that he is the best dad in the world.

Meenakshi meets Nanu and asks him to tell Abir about planning a surprise for Mishti. Nanu agrees to her. Nanu tells her that she shouldn’t break his trust this time. Meenakshi promises him. Mishti tries to help Jasmeet. Kuhu interferes again and blames Mishti for hurting Nannu and Jasmeet. Mishti gets enough of Kuhu’s lecture. She leaves Kuhu upset. Kuhu feels she is losing her importance in her in-laws. She is disappointed that Rajvanshs are pampering Mishti a lot. She becomes the new villain in Mishti’s life.