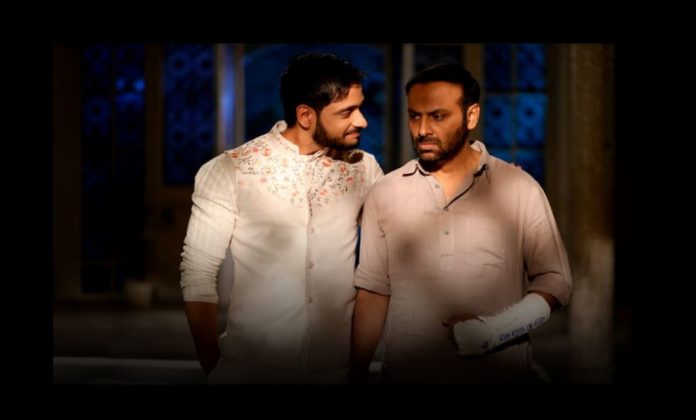 Shocking Entry Ishq SubhanAllah Zara kidnapped Zara gets a huge shock when she recalls her troubled childhood. She has been in pain after a cruel man kidnapped her. The man had killed her parents. The criminal now takes a spiritual figure avatar. He has taught Zara that women are worse than ghosts. He disrespected women always. He now keeps a good image in front of the society. He also shows some magic tricks. He praises women and wins the people’s heart. He has come to take the position of chief Qazi. He challenges Kabeer. Shahbaz has brought the evil person in their lives to compete with Kabeer. Kabeer isn’t scared of anyone.

Zara tries to keep the kids safe. She wants to call Kabeer and tell the evil truth of the evil man Jalali. Kabeer isn’t aware of Jalali’s truth. Jalali understands Ruksar’s queries without her asking. He solves her problem. Ruksar wants to know if Kabeer will accept her again. She gets impressed by his powers. Jalali asks Kabeer about his decision. Kabeer tells that life can’t be predicted, just the Lord knows about their lives. Jalali claims to predict the future, being close to Lord. Jalali tells Zeenat that she will get kicked out from the house. She gets a reason to worry.

Kabeer counters his words. He asks her to make prayers, it can even save them from a storm. Kabeer learns that Zara has left the house and took the children along for their safety. He gets her phone tracked. He wants to find the children. He tries to locate Zara. He doesn’t know why is she running away. Zara’s fears turn true. Kabeer finds Zara and the children. She wants to leave since he will take her back home. Kabeer runs after her car to stop her, but in vain. The kids help Kabeer by pulling the brakes. They don’t know where is she taking them. Kabeer demands an answer from her. Zara doesn’t want to tell him anything.

Kabeer doesn’t let her go without an answer. She then tells that she can’t stay in the city, since Jalali has come home. She tells that Jalali has ruined her childhood and family. She swears to prove her truth. Kabeer believes her. He decides to get Jalali punished for his bad crimes. Zara gets kidnapped.