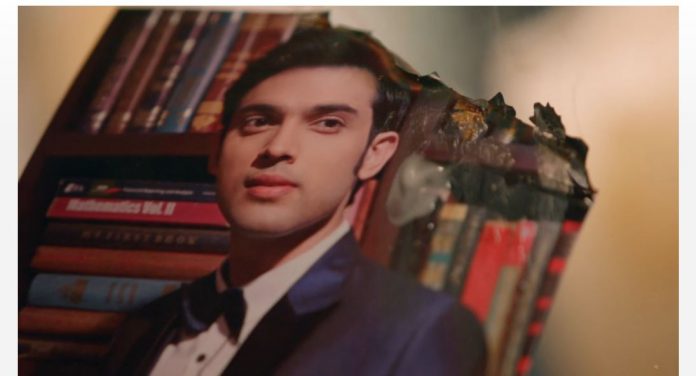 Starplus Kasautii Prerna Daring act Anurag in danger Anurag misses to see Komolika and Rohit near his car. Ronit worries that he may get caught. Anurag sees her car and calls her to know if she is still there. She tells him that she has gone to Basu mansion and mistakenly left her car at Prerna’s house. He asks her to get ready, he is coming in some time and they will together go for the engagement function. She wants to rush home before he reaches. Anurag leaves from there. She asks Ronit to finish the task and inform him about Prerna’s death. She doesn’t want him to get caught. She leaves from Prerna’s house. She reaches home and doesn’t find Anurag.

She thinks he didn’t reach yet. She tells that it will be a shocking surprise for Anurag, Prerna will die and leave from his life. She wants Anurag to accept her. Veena makes the good preparations. She sends the relatives and family members in the bus. She asks Prerna to get ready so that they also make it on time. Mohini and Komolika meet Viraj’s family. Sharmas also join. Viraj meets Prerna’s Dadi. She gives criticizing look. Viraj plays the perfect guy role. Dadi doesn’t like him. She wants Prerna to break the marriage.

Shivani gives her word that Prerna won’t marry Viraj. Dadi just wants Prerna to be with Anurag. Viraj doesn’t want Prerna to die soon. He wants to marry Prerna and torture her. He wants to tell the reason for his enmity. He has lost his wife and child. He thinks Prerna is responsible for the accident. Komolika tells that she wants Prerna to die, and she doesn’t care if Prerna’s family members die along. Viraj gets worried that innocent lives will be ending too. Komolika asks him to thank her for the planning, his revenge will be fulfilled soon.

Prerna suspects the medicines, that’s making Anurag forget things. She wants to get the medicines tested. She misses to get her favorite footwear brought by Veena. She tells Veena that she will go and buy new shoes for herself. Veena advises her not to go. Prerna doesn’t listen. Veena asks her to be careful and not invite trouble. Ronit sees Prerna getting inside the car. He thinks she will be dying now. Anurag meets Prerna and learns that she is going to buy footwear. He tells that he forgot his wallet in the car and came to take it. He tells her that he will go instead her and come back in some time. She insists that she will come with him and shop along.

He doesn’t listen to her. He drives his car. Ronit thinks Prerna is driving and will die soon. He gets overconfident. Anurag thinks of Prerna and feels happy. He tries to judge his feelings. He knows that Prerna is marrying Viraj. He is jealous of Viraj. Anurag realizes the car’s failed brakes. He finds tough to stop the car. He gets to see the same Mata Chunri, which gets on the windscreen. He gets past flashes of Prerna. He gets confused. Prerna gets worried and predicts the danger on Anurag after the bad omens occur. She wants to save Anurag.

Shekhar hears Ronit’s aide telling about the accident plot. He bashes the goon and learns that the target is Prerna. Shekhar worries for Prerna’s life. Prerna rushes to save Anurag from falling into deep danger. She succeeds to save Anurag by taking risk for herself. Anurag’s memory begins to revive. Will Anurag remember Prerna? Keep reading.