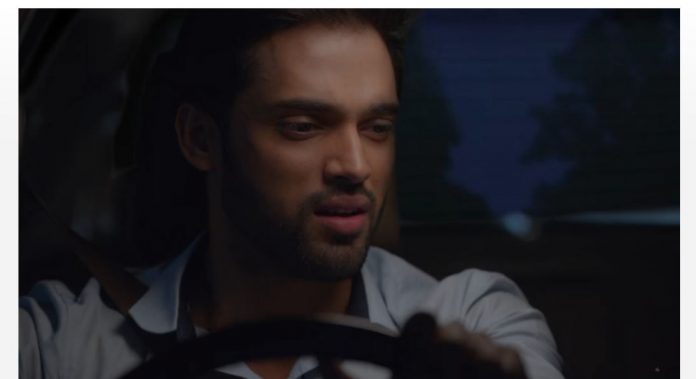 Starplus Thrilling Kasautii Prerna Anurag fatal twists Prerna tries to track Anurag’s car and stop it before it meets any disaster. She calls Anurag to know his exact location. He wants her to stay at home and not risk herself. He realizes that she is already out to find him. She insists him to know about his location. She cries when he doesn’t tell her anything. He tells her that he doesn’t want her to cry. He tells his location. Prerna guides him an easy route. She tells that she is reaching him soon. He doesn’t want her to drive rashly and fall in trouble. He worries for her baby. She asks him not to lose hope, they will really meet and have a talk. He tells her that he doesn’t think they can meet.

He wants to express his feelings, thinking that its his final time. He tells her that he really likes her. She asks him to save the conversation for later. She recalls their moments, just like him. She sheds tears. She wants to meet him. He doesn’t want any delay. She tells him that there won’t be any delay, they will surely meet. Shekhar is much angry on the culprits. He asks Veena why did he let Prerna go away. Veena tells that she didn’t listen to her. She is locked at home. Shekhar asks her not to worry. Shivani is sure that Prerna will save Anurag from the failed car brakes problem. Mohini is much shocked to know that Anurag is in trouble.

She breaks down emotionally. She shares her fears with Nivedita. She tells her that Anurag is driving a car whose brakes aren’t working. She is afraid for her son. She cries aloud and blames herself for this day. She feels Anurag is getting punished because of her misdeeds. Nivedita pacifies her. Mohini asks Viraj about Anurag. She tells him that Anurag is in huge danger, his car brakes aren’t working. Viraj learns that Prerna is safe and Anurag has fallen in danger. He thinks if anything happens to Anurag, then Komolika will not spare anything.

Later, Prerna finds a way to stop Anurag’s car at the cliff side. She shares her plans with Anurag. He tells her that she used to believe in love stories before. She tells that she still believes in her own love story. He doesn’t want her to cry. He wants to share his feelings. He tells that he likes her, not just like a friend. He feels its a trouble that he is married to Sonalika. He tells that he will confide with Sonalika first. He wants to be with Prerna. He realizes that he loves Prerna. Prerna understands what he wants to tell. He doesn’t want her to stop him. He tells her that he wants her to understand his feelings for her.

She asks him to meet her and then share his feelings face-to-face. Mohini insults Veena. Veena tells her that Prerna has gone to save Anurag. Viraj doesn’t want Komolika’s plan to get spoiled. Komolika goes to find Anurag by tracking his phone. She asks Ronit to track his location and inform her soon. Komolika tracks Anurag and reaches the cliff side. She finds Prerna getting her car in front of Anurag’s car to stop him from the accident. She finds Prerna’s car reaching the end. She wishes that Prerna falls down and dies. Will it happen as Komolika wants? Keep reading.