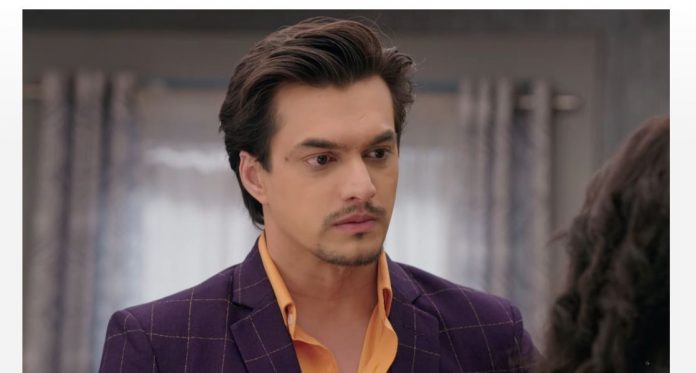 YRKKH Kartik raging avatar Lav Kush bashed up Kartik demands to know the truth from Lav and Kush when Naira blames them for molesting Trisha. Surekha defends Lav and Kush and asks Naira to get evidences first. She tells the family that Naira doesn’t love Lav and Kush now and had been blaming them for every wrong thing since they came home. She accuses Naira for having wrong intentions. Surekha supports her sons, knowing their crimes. She doesn’t want them to get jailed. She tries hard to mislead the family by blaming Naira. Kartik takes a stand for Naira like always. Lav thinks Surekha has given the right idea at the right time. He thinks to counter Naira’s accusations.

Naira tells them that Lav and Kush lied to them about their classes commencing, they actually wanted to run away from the family so that Trisha doesn’t expose them. Surekha tells the family that Lav and Kush already told it. She compares them with Kartik and asks Naira if she will call Kartik wrong. Naira tells them that Lav and Kush misbehaved with Trisha before and apologized by fear. She tells the incidents that proves them wrong. Surekha asks about the proof, if anyone can testify against them. Lav breaks his silence when Surekha encourages him by support. He accuses Naira for making false stories and framing them.

Kartik warns them against losing their manners. Lav tells them that Kartik will always support Naira. He clarifies to defend himself. He tells that Naira stopped them and didn’t give them a chance to explain. He doesn’t want to accept his crime. He denies everything and gets Naira scolded. Kartik doesn’t think Naira will lie. Lav proves that Naira has a problem with them. He tells that Naira scared Kush and made him get an asthma attack. He gets against Naira completely. Kartik calls it enough and takes them to Trisha so that they know the truth. Before asking Trisha, Dadi and Surekha reprimand her and threaten her.

They don’t want Trisha to blame Lav and Kush. Dadi thinks Lav and Kush are innocent and Trisha is lying. She doesn’t want any outsider to break her family. Kartik wants them to talk politely. He asks Trisha about the culprits, if Lav and Kush are wrong. Trisha faints by fear. She doesn’t answer them. Naira stays by her side and requests her to solve the mess. Surekha blames Naira for targeting her sons. The family asks Naira not to get adamant. Naira tells them that she isn’t wrong, Lav and Kush are lying. She threatens them about the police. She tells that she has got them home since they are family. Kartik stops her from calling the police.

Surekha asks him to control his wife. Lav tells Kush that he has succeeded to turn the game. Naira tells Kartik that she will just support the truth. He wants a proof so that the family understands her. Naira is sure that truth will come out soon. They learn that Trisha is responding well. They meet Trisha and question her about the molesters. Trisha names Lav, Kush and Abhishek as the molesters. Goenkas are shattered when Trisha tells the truth. They believe Trisha. Lav and Kush get helpless to confess the crime. Kartik apologizes to Trisha for not keeping his promise to protect her. He angrily bashes up his brothers.

He doesn’t want to spare them since they have failed their values, teachings and hopes. Surekha asks Akhilesh and Dadi to stop Kartik. None interferes knowing Kartik is doing the right thing. Akhilesh didn’t expect his sons to become evil. He watches Kartik beating them up in rage and stays quiet. Lav and Kush beg to Naira to save them from Kartik’s anger. Naira doesn’t pity them since they tried to prove her wrong, instead admitting their mistake. She threatens to get them arrested. Kartik handles the matter and chooses the option of house arrest for a while. Kush gets an asthma attack after getting locked up. What will Goenkas do against Lav and Kush now? Keep reading.