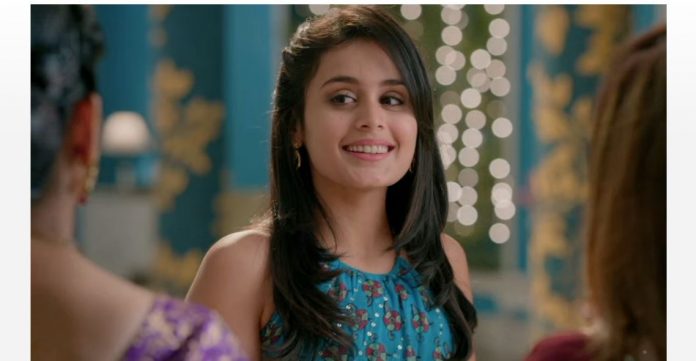 Starplus Rishtey Shocking condition for Mishti today Mishti and Abir’s haldi ceremony gets celebrated in a grand way. Kuhu gets raging to slap Mishti after her divorce news comes out. Parul asks Nidhi not to create any scene in Maheshwari house that hurts Jasmeet. Nidhi asks Parul not to try to become Meenakshi. She gets angry on Parul, but Ketki apologizes to Parul. Parul asks Ketki to take haldi shagun to Mishti’s place. She asks her to take Jugnu along. Jugnu doesn’t think he can lift everything alone. They tell about Kuhu sending two helpers. Abir and Kunal get into feminine avatars. Abir teases Kunal that he is looking like his younger sister. Abir and Kunal reach Maheshwari house with a plan.

Abir wants Kunal to confess love to Kuhu and call off the divorce. Mishti spies on Kuhu to know her troubles so that she can help. She steals the court notice. Rajshri takes Mishti for the haldi. Kunal loses courage in the disguise. Abir asks him to think of Kuhu and focus. Abir and Kunal dance in the ceremony. The family dances and enjoys the ceremony. Abir falls down on seeing Mishti. He then shows his face to her. Mishti realizes that he has come in disguise. He wants to tell her about Kunal and Kuhu. Kuhu is much frustrated because of Kunal.

Varsha wants Meenakshi to come in the function, at least for Kunal’s sake. Kuhu seems tired to Parul. Parul asks her to take rest. Abir sends Kunal to Kuhu. Kunal tries to know her feelings, why is she upset, is it because of her husband. Kuhu doesn’t reveal anything. Mishti tries to read the letter. She fails to read it. Abir takes Mishti for a talk. Kunal wants to talk to Kuhu some way. Abir asks him to just express love. Abir applies haldi to Mishti. Kunal also applies haldi to his wife Kuhu. Kunal and Kuhu have romance while he plans a love confession. Kuhu wishes that everything gets fine. Abir and Mishti’s romance is also seen.

She teases him for his feminine avatar. She fears a bad omen that he has seen her before marriage. Abir closes his eyes and acts sweet. Kunal wants to tell Kuhu that he wants to cancel the divorce. Jasmeet takes the letter from Mishti. She shouts on Mishti after checking the divorce papers. Mishti didn’t know it either. She is equally shocked. Kuhu requests Jasmeet not to tell this to anyone. Varsha and family get to know this shocking news. Mishti apologizes to Kuhu. Kuhu scolds her for stealing the papers from her cupboard. Mishti defends herself.

Kuhu slaps her in rage. She feels sorry and blames Mishti for her breaking relation. Mishti and Abir get upset when Jasmeet asks them to call off the marriage. Jasmeet wants Mishti to win their trust by fixing Kuhu’s breaking marriage first. Abir wants to explain that Kunal doesn’t want to divorce Kuhu and everything is already fixed. What will Mishti decide after Jasmeet’s condition? Keep reading.