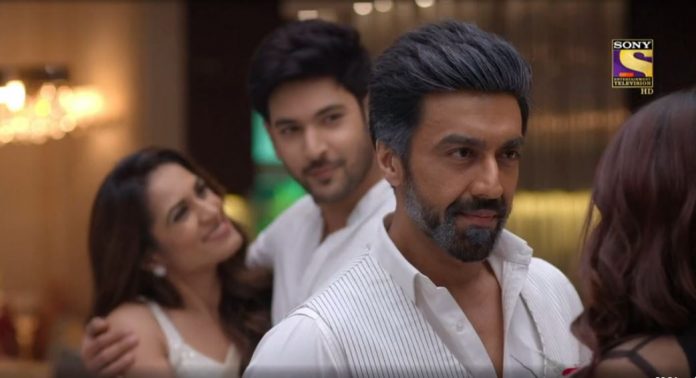 Stunning Beyhadh Upcoming Lethal clash Mrityunjay Maya Rudra wants the family to respect his wife. He doesn’t want his dad to spoil their relation once again which will result badly. Mrityunjay stays silent. Antara doesn’t want to be silent. She wanted them to kill Maya. He doesn’t want to lose his other son. He regrets that he lost Rishi. Antara asks him to do anything, but keep Maya away from Rudra. Mrityunjay tells them that they have to break Rudra and Maya’s relationship. He wants to handle Manvi and kill her if she has really killed Rishi. Maya answers Ananya and tells that she will not complicate Rudra’s life. She doesn’t want Ananya to confuse him and ruin his happiness.

Rudra and Maya defend each other from Ananya and Sudhir’s arguments. Maya warns Sudhir. Rudra is impressed by her bold side. She doesn’t want anyone to harm Rudra. She gets madly in love with Rudra. She wants to protect him. She realizes the way her family was killed. Sudhir is much angered. Maya insults him. She hurts Sudhir. Sudhir feels it was his mistake. Mrityunjay doesn’t want to accept Maya as his Bahu. Antara provokes him to take revenge, since Maya doesn’t love Rudra. Maya meets the evil gang and admits that she loves Rudra. She loses courage to face Mrityunjay. He finds her weakness, when he sees the same fear in her eyes.

He tells that Maya will lose because of her fears. Her makes a plan to scare her of a living hell in his mansion. Meanwhile, Maya gets a beautiful surprise by Rudra. He apologizes to her. He tells her that he has been waiting for her. He makes her step into his life, by performing the homecoming rituals. Maya loves him even more. Rudra apologizes to her for his family’s misbehavior and accusations on her to oust her from the house. She just wants to remember their love and relation. He tells that he knows her truth, that she can never harm anyone. He shows immense faith on her. She doesn’t want him to know her truth, else his love will end.

She feels guilty and sheds tears. He doesn’t want her to cry. He cheers her up. He gets summoned by Mrityunjay, who has already devised a plan. Mrityunjay comes up with a sweet apology and welcomes her into his family. Rudra is grateful to his dad for showing a big heart. Maya’s wounds gets fresh when Mrityunjay reminds her their past. He warns her that the game has begun and welcomes her to hell. He tells her that he will celebrate their marriage. Maya gets stunned by his plotting. Mrityunjay announces a reception party. He asks Rudra to give some time to Maya.

Maya chops the roses and thinks she has to fight the battle, when her plan wasn’t such to stay with Mrityunjay under the same roof. She knows that her path has changed, but her revenge is still the same. Mrityunjay wants to play with her fears. He tells Antara that he will rule over Maya once again and scare her to death. He assures that Maya will lose her strength and become Manvi once again. He shares his plan. He likes to see the fear. Mrityunjay begins his vicious plan by putting Maya into the Manvi zone once again. He charms her to ignite the same fear and revives the old bitter memories. Maya gets hugely upset with Mrityunjay’s dirty approach.