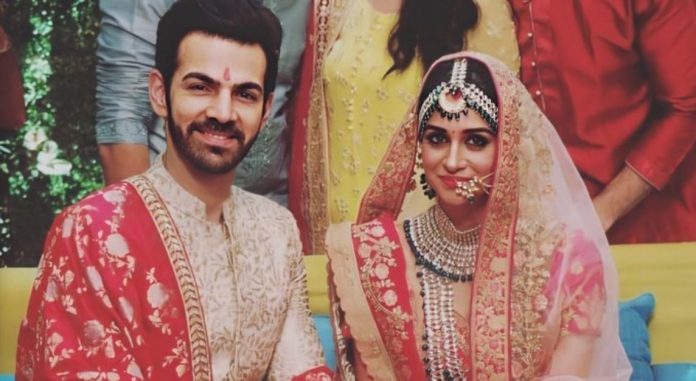 Confirmed Kahaan Hum Tum end Rishta Trisha slandered Kahaan Hum Kahaan Tum off-air news got confirmed with the last episode date getting known. The show will have its last episode on 14th March and bid a bye to Ronakshi’s lovers. This means the track will speed up and bring many twists altogether in a short period now. There won’t be much dragging in the final episodes. It would be enjoyable and also heartbreaking that the show would end. Nishi also suggests the same thing as the pandit said to Veena. She tells that Rohit needs emotional support, else he may sink in depression.

She asks Veena to find a life partner for Rohit. Sonakshi thinks Rohit was giving the pill to abort Pari’s child to save Rohan from defamation. She scolds him for falling so low. Rohit doesn’t defend much, since he doesn’t have to score good in her eyes. Veena decides to get Rohit married to some nice girl. Tanya falls down the stairs and faces a miscarriage. Rohan loses his baby and is in trauma. Rohan feels he got punished for his crime to hurt Pari. Sippys worry for Tanya.

I want this show should never go off air. it is my favourite show after yeh rishta kya kehlata hai. Kahan hum Kahan tum director should remove the character of Nishi and Mahesh from the serial. Sonakshi should come back to sippy and reunite with Rohit. The shows was a success till the time Nishi wasn’t a villain.

Lav and Kush goes to the juvevile justice court. Naira hopes that Trisha gets justice. Renowned lawyer Javeri makes an entry in a unusual way, bringing two different plants along. She gets a shock when Javeri fights the case from Goenkas side. Javeri tells the court that like both the plants are different, Trisha and Lav-Kush’s class and background are also different, Trisha is an ashram girl who didn’t see richness before. He adds that Trisha found them an easy target and accused them falsely to get benefit from Goenkas. Naira is much hurt by Javeri’s remarks.

Goenkas also feel bad when Javeri is staining Trisha’s character. Naira calls Javeri a cheap man to speak so ill. She tells that he had committed to fight their case and today he is against them in the court. She blasts her anger on him. Javeri tells that she is hugely mistaken, he is fighting for Goenkas. Kartik supports Naira, when he finds Javeri bashing up Trisha’s character. Javeri calls it a false case and asks the court to shut the case. He tells that Trisha didn’t know that the case will go to court and thought she will win, but this won’t happen.

Lav and Kush win the case, because of Javeri’s strong accusation on Trisha. Lav and Kush hug the family and come home. Kartik and Naira stain their faces with black colour. They accuse Javeri for fighting the case and getting it closed to save his son from the punishment. Naira tells that Abhishek is also a molester, Javeri has sent him to the US to save him. Javeri presents Abhishek and tells that he didn’t send his son away, his son isn’t wrong. He proves Naira wrong. Kartik and Naira’s tensions get high.