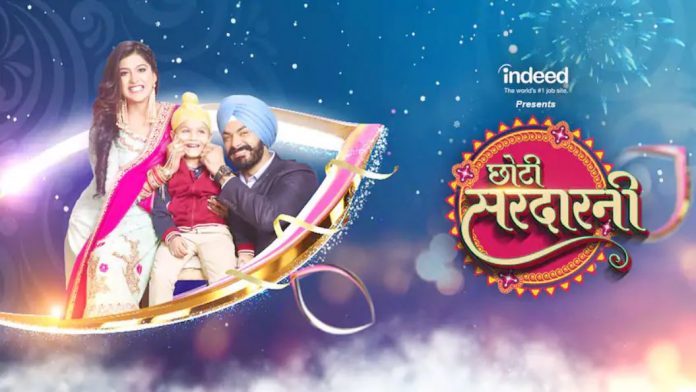 Choti Sardarni Upcoming Today Bepannah Colors top 3 Sahas blackmails Pragati to marry her. She gets much worried for her. Sahas can’t be trusted. She knows that he can be proved deadly for Raghbir. She learns his evil plans after hearing his confession. He wants to kill Raghbir. She doesn’t want to make a mistake by trusting him. She wants to find some way to stop him. He accepts that Raghbir will be soon sinking. She sheds tears seeing Raghbir in danger. He commands her to not cry for Raghbir. He wants her love. She tells him that she can do anything to save Raghbir’s life.

She is stunned by Sahas’ shocking marriage proposal. He tells that he will save Raghbir and also reveal Kunti and Harshit’s truth. She has no time to think for long. Pragati gets helpless to give a test for her love. She wants to save Raghbir’s life and decides to marry Sahas. She tells Sahas that she is ready to marry him. Raghbir gets saved. Pragati knows that he is still in danger. She meets him and sends him home with much tears in eyes. Sahas adorns Pragati for their marriage. He takes her to the mandap for the marriage.

Sarabjeet takes care of Param in Meher’s absence. He misses Meher a lot. He knows even Param is missing her. He hugs Param and sleeps. Meher also misses Sarabjeet and Param. She finds Sarabjeet’s gestures sweet. Sarabjeet and Meher work out for fitness. Param becomes their trainer. He troubles them a lot while wanting them to be perfectly fine. Sarabjeet also wants to exercise and spend time with Meher in the park. Param gets them into a sweet moment.

Heer believes Shanno as her good wisher. Shanno asks her to attend the college and not feel guilty, since everyone makes friends in college life. She wants Heer to fall in love and then get a heartbreak, when she will know that she is a kinner. Shanno wishes the worst for Heer. Heer doesn’t want to tell her brothers that she likes Virat. She decides to propose him, by hiding it from everyone.