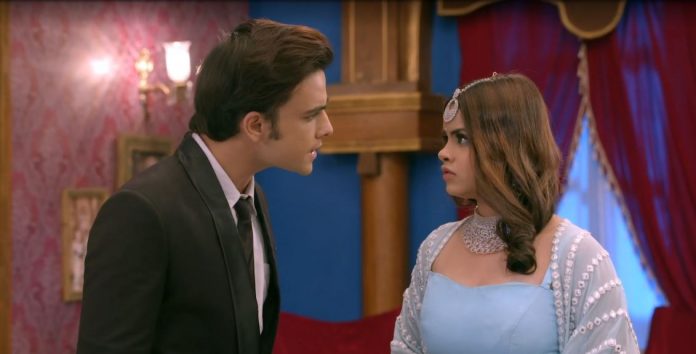 Ranbir Kumkum Bhagya Drastic move Huge twists coming Ranbir admits to Prachi that he got close to Maya and faked to flirt with her for a stupid reason. Prachi wants to know the reason. He tells her that he is so stupid and troubled his entire family. He feels sorry for his deed. She tells him that he could have lied, but he didn’t, since he is true. She tells the plan that they will threaten Maya and tell Maya’s family about the truth. She tells that they aren’t liars to lie to Maya’s parents. Ranbir feels love for her. She wipes his tears. She realizes her feelings for Ranbir. She feels occupied with her thoughts about Ranbir. She doesn’t know if she loves him. She denies the feelings.

She doesn’t want to like him. She knows he is a nice guy and a genuine friend. She admits that he is just a friend. On the other hand, Abhi is troubled with the thought of Rhea’s necklace with Maya. He comes across an old lady on the road. He helps her. She identifies him. She tells him that she is his big fan. She thanks him for helping her. He tells her that he likes to help people always. Pragya missed to meet Abhi again. She thinks of Abhi. She wanted to ask him why is he avoiding her. She feels sad. Abhi comes home to meet Rhea.

Meera tells Abhi that Rhea has gone out. Meera speaks to Rhea and calls her home. Rhea learns that Abhi is tensed. She wants to go home. Vikram tells Rhea that he is also going home and will drop her. Abhi knows that Rhea is lying. He tells Meera that he can’t stop until he meets Rhea and gets his answers. Elsewhere, Maya is stunned to see Ranbir in her room. She accuses him again. He asks her to mind it and not blame him. He scolds her for ruining his life. He reminds her lies. He asks her the reason for her cheap accusation.

He tells that Prachi trusts him, he doesn’t have to give any explanation to her, but still he wants to know the name of his enemy. He threatens her that he will break her engagement with Mohit. Maya gets worried. Prachi and Rhea collide and get into an argument. Rhea doesn’t want to apologize on Prachi’s saying. Prachi finds her egoistic. She tells that Ranbir’s innocence proof is more important. Rhea calls her opportunistic. She asks her to stay away from Ranbir’s life. Prachi tells that she will not let anyone decide for Ranbir. She wants to help Ranbir. Rhea yells at her.

Prachi asks her not to come between Ranbir and her relation. Rhea doesn’t think it exists. Prachi tells that the relation is of friendship and faith. Abhi calls Rhea home. Rhea gets worried and leaves Prachi with a warning. Shahana teases Prachi for being in love. Abhi tells Meera about Maya’s engagement party. He tells the shocking part, that Maya was wearing Rhea’s necklace. Meera tells her that she will look for the necklace. He tells that they will wait for Rhea and ask her directly.

She doesn’t think Rhea will give her necklace to Maya. Prachi denies her feelings. Shahana tells that its good to see her fighting for Ranbir. Prachi asks her not to say anything nonsense. Ranbir threatens Maya that he will ruin her image by revealing the entire truth. He tells that her marriage will get cancelled and she will lose even her family.