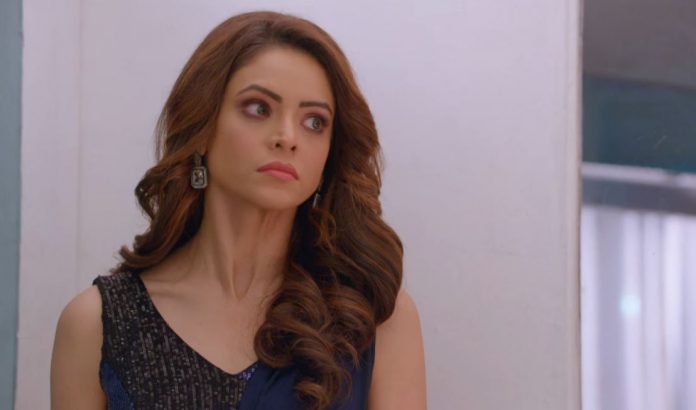 Kasautii Starplus Komolika final move Awaited drama Anurag gets his memory back and rushes to meet his wife Prerna. He gets to take his daughter in his lap. He loves her. He realizes that its his daughter. He can’t express his happiness. All his memories get flashing in his mind. He kisses Prerna and wakes her up. He congratulates her for becoming a mother. He tells that they have become parents of a little daughter. She realizes that he recalled his past. They name the baby as Sneha. Anurag informs his family and calls them at the hospital. Komolika looks for Viraj at the cliff side. She finds Viraj lying dead. She is much shocked. She is informed by Mohini about Anurag calling everyone at the hospital.

She thinks maybe Prerna is dead. She wants some good news. Mohini is worried for her son. The Basus reach the hospital and ask for Anurag. They get the good news of Prerna’s daughter coming into the world. Komolika is disturbed to get the news. Anurag shares the happy moment with his family. He reveals the bigger news that he recovered his memory. He tells that he wants his daughter and Prerna to come home. Basus are very happy that he regained his past memories. Anurag goes to inform Sharmas. He tells Veena that he remembers his past that Prerna is his wife.

He tells that Prerna gave birth to a girl. Sharmas congratulate him. They rush to the hospital to see Prerna. Komolika is much scared that he will recall her. He overhears his conversation. He goes to play with his baby. The nurse takes the baby to keep in the incubator for a while. Prerna is stressed because of Komolika. Anurag assures that he will be with the baby. Prerna thanks Moloy for his big support. Moloy wants her home. He tells that he will wait for his grandchild. He feels Anurag will become the best father. Anurag tells his daughter that his memory got revived when he saw her. He loves his daughter a lot. He thinks to talk to Sonalika, his wife.

He gets busy and goes away. This angers Komolika. Komolika hides on seeing the doctor who performed the plastic surgery to give her a new face. Prerna cries that the baby is weak and in risk. She blames herself for being careless. Anurag tells that baby is safe. She reveals the shocking truth that Sonalika is evil Komolika. Anurag can’t believe it. She tells that Komolika committed his accident and separated them, she wants to kill their baby. She asks him to check the evidences sent by Komolika’s doctor. Anurag gets to see the evidences.

It gets confirmed, which enrages him. He wants to confront Komolika, who is planning to kill Prerna. Anurag and Prerna expose Komolika in front of the family. Basus can’t believe that Komolika planned Anurag’s accident and entered their family as Sonalika. Basus get much angry on her. Mohini is much hurt since she blindly favored her Bahu Sonalika. Anurag slaps Komolika and reveals her crime list. Komolika kidnaps the baby Sneha to barter her for Anurag. She wants Anurag and plans to make a deal with Prerna. Will Komolika succeed in stealing the baby? Keep reading.

Best Comment by Shaheen Elahi:
Kasauti is the best drama ever. Erica and Parth are brilliant at acting. I hope this drama has a fantastic ending.