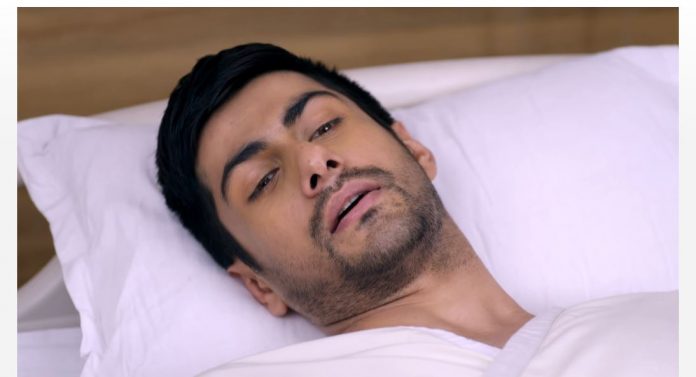 Sanjivani Tonight Ratan Ishani Challenge over Sid’s surgery Ishani wants to help Dr. Mehta as a co-surgeon in Sid’s critical surgery. NV doesn’t want her to risk Sid’s life by failing the surgery. He feels she isn’t mentally stable to perform the surgery, which many doctors avoid to do. She stays upset with him. He tells her that he wants her to talk to the doctor. Dr. Mehta tells them that Sid may or may not survive after the surgery. Ratan/NV asks him to find some impossible solution which just he can do, none can attempt the procedure like him. He convinces Dr. Mehta. Dr. Mehta tells Ishani that he will try to save Sid’s life, but nothing is certain, chances are high for Sid’s death. Sid is fighting with the brain tumour.

Ishani wishes Sid recovers and gets his memory back so that he can answer her questions. Ishani tells Dr. Mehta that she was handling Sid’s case, she wants to know about his reports. Dr. Mehta tells that he is ready to perform the tough surgery just on NV’s request. He tells that the surgery duration is long and would go on for 24 hours, the surgeons can’t leave the patient got a minute. Ishani is ready to provide the best assistance. Rishabh tells NV that Ishani had given overdose to Sid last time, she can’t assist Dr. Mehta.

Dr. Mehta meets Sid and tells about the surgery. Sid asks him to take Ishani in the team, since she is the best in Sanjivani. Rishabh and Rahil wait for NV’s decision. They know that she isn’t fit to perform the surgery. They are sure that NV will have a solid reason behind his decision. Ishani rushes to NV and slips into a moment with NV. NV calls them for the meeting. He tells them that Ishani won’t be assisting Dr. Mehta. She gets much upset and takes it as an insult. She waits for NV at home. She fumes at him for humiliating her and ruining her dreams when she was thinking to resume work in Sanjivani.

She wants to know what he really wants. She feels much bad. She tells him that he is really selfish and takes every decision for himself. Ishani’s wrath doesn’t affect him. Bebe finds him in trouble. She wants to know the reason for it. She tells him that he has himself broken Ishani’s new hope this time. He tells her about Ishani surviving on the anti-depressant pills, she isn’t fit to perform the surgery, she is fighting her depression and anxiety, she is mentally disturbed. He tells Bebe that he doesn’t want her to commit any mistake in the surgery and get her career ruined.

He reveals that he has learnt about her anxiety because of her blood reports. He thinks her state is getting worse because of the overdose. He wants her to move on in life. He bears her anger and wishes that she stays fine. He is ready to fall into her eyes to make her recover. She challenges to become a good doctor and also perform Sid’s surgery. He doesn’t tell her about her reports. He doesn’t want to embarrass her. He keeps her secrets and wishes to heal her emotional wounds. He asks her to know him well if she wants to deal with his craziness, for which she has to spend time with him. He tells that she lacks the courage to give a new start to her life. What will Ishani do now? Keep reading.