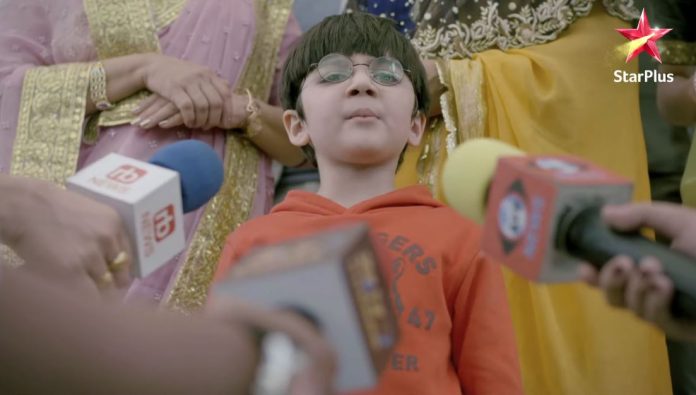 Starplus Kairav unexpected news Kahaan Hum Upcoming Pari tries to kill Tanya by suffocating her by a pillow. Tanya wakes up from the sleep and shouts. She asks Rohan to save her. Rohan doesn’t find Pari there. Tanya tells him that she has seen Pari suffocating her. Rohan thinks Tanya is hallucinating. Pari wants revenge on Tanya. Rohan tells Tanya that Pari isn’t there, its just her dream. He knows that she is mentally unstable. He breaks the news to Tanya about her miscarriage. He is facing a big problem after Tanya’s miscarriage. He hopes things to get fine. Pari wants Rohan back in her life. Rohan hugs Tanya and consoles her. He wants her to accept the harsh reality and come out of the trauma zone.

Naira makes the justice fight possible by getting the right evidences against Lav and Kush. She makes Shivani take more time for the next hearing, until they find the witness and get him for Trisha’s help. Kartik praises Naira for smartly winning more time for the case. He is sure that they will win and get justice for Trisha. Kartik and Naira enjoy their time at a tea stall. They get a huge shock when they see Kairav’s interview on the news channel. Media wants to know the reality of Goenkas. Kairav answers them by calling his parents wrong.

He tells the media that Lav and Kush are really nice, and its Naira, who always had a problem with them and got them scolded for little things. He tells that Naira doesn’t want them at home and hence filed this case to get them ousted from the house. He further tells that he hates his mum and dad, which comes as a big shock for Kartik and Naira. Naira weeps to lose Kairav’s trust. Kartik tells her that they have to bring Kairav on the right path. Kartik and Naira get criticized for not being able to convince their child with the truth. The people don’t think that they can win in the court.

Now the story line is back on track. Show us lot of Ronakshi moments. We love it! Karan v Grover is just brilliant. We want the show to continue. Please note event at its worst track this show was thousand times better than the so called popular star plus shows. One show has separated their main lead more than 7 times and one show is downright silly. Stop those if you want star plus but not khkt.