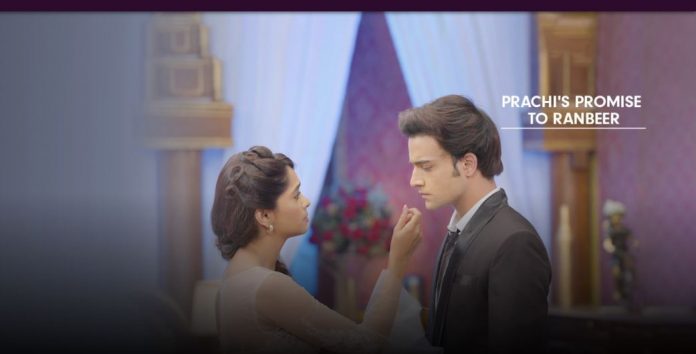 Zee Sony Surprising today spoilers Kumkum Tujhse Hai Raabta Atharv plays mind games with Malhar and Kalyani. He scares Kalyani by making her assume red colour water as blood. He wants Kalyani to lie to Malhar that she is pregnant with Rachit’s child. Kalyani falls in a big trouble when she gets caught by some brothel. Atharv reaches her once again.

Prachi realizes her feelings for Ranbir. She tells him that many would promise to support him, but she will just be with him like a boat so that he never sinks in the storm, they will be a boat and anchor for each other. She doesn’t want him to fall ever. She holds his hands and tells him that she will always be with him, since she believes she is a nice guy in reality. She tells him that he should not make more mistakes like he did before. Ranbir feels on cloud nine on hearing her sweet words.

Babbi accepts that he was paid by someone to kill Preeta, but she luckily got saved. He tells that Preeta isn’t behind Mahira’s accident, she was herself someone’s target. The Luthras are shocked to know that someone is framing Preeta. They feel sorry to doubt on Preeta.

Guneet isn’t able to forget her online friend, who understood her completely. She feels she was compatible with him, he always liked her without finding anything bad in her. She was free to discuss anything with him. She feels that she will find someone who will accept her without asking her to change. Amber is much shocked to know that she is looking for love in someone like her online friend. She calls off the marriage with Anurag, just because she wants her marriage to be filled with love and care.