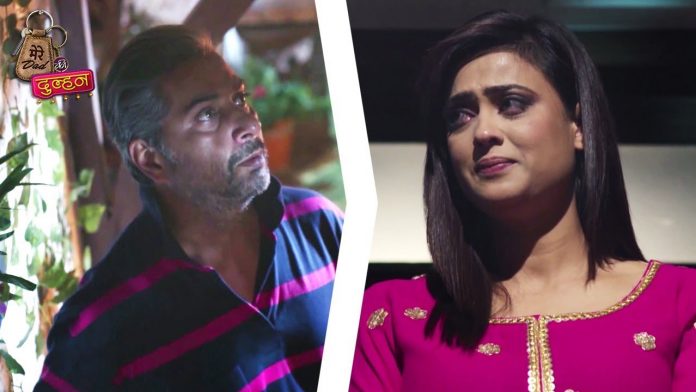 Dad ki Dulhan upcoming Amber shocking confession Amber surprises everyone by supporting Guneet. Nia gets surprised to see the new drama in the house. Amber knows Anurag is wrong to humiliate Guneet. He tells that its bad to hurt someone after getting hurt. He regrets his actions. He makes Anurag realize his mistake by keeping a calm behavior. Anurag apologizes to Guneet. He doesn’t change again and vents anger being helpless by his heartbreak. He tells Guneet that she has given her heart to her online friend. He finds it strange that Amber is teaching him values to save her today. He thinks its really weird. He apologizes to Pammi.

He thinks he got saved from such mad people. Nia learns about Guneet’s decision to call off the Roka. Guneet is much heartbroken. She sheds tears. Amber doesn’t want to hurt her by the truth. He thinks she deserves to know the truth. He tries to cheer her up. He finds her too disturbed. He thinks maybe after knowing the truth, she will get clear of her decision. He meets Guneet to reveal the truth that he used to chat with her online. He reveals his online identity. He confesses that he had come to meet her at the restaurant and got freezed.

He didn’t know she is his online friend, he couldn’t react. She finds it too difficult to accept the truth. She never imagines that the difficult Amber is the sorted and sensible person whom she liked. He apologizes for all his mistakes and strange reactions. She feels disgusted, since he doesn’t fit up to her expectations. He accepts that he is her friend. Amber’s confession shocks Guneet. She leaves from his house. Amber knocks on her door and calls her, but her phone is unanswerable. Amber gets worried for her. Guneet needs sometime to believe the truth that Amber was nodramaplz and she has called off her engagement with Anurag for him. She thinks how she can fall in love with Amber.