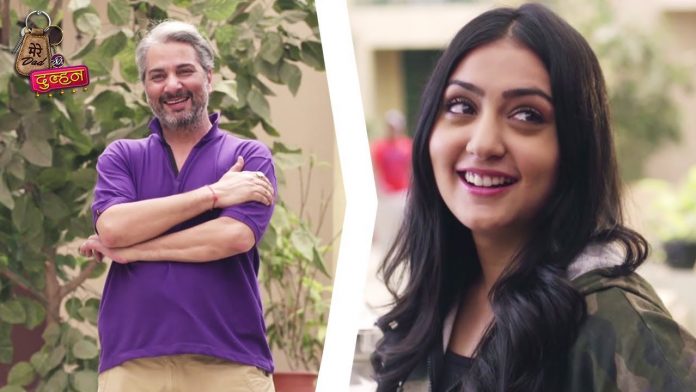 Dad Ki Dulhan Sonyliv Zee Ishq SubhanAllah lined Kabeer has become City Qazi. He gets much honoured. Jalali creates a drama while he gets the Saafa tried up. Kabeer asks Irfan to tie the cloth. Zara is much happy that Kabeer has defeated Jalali. She congratulates Kabeer. She tells that he has won the first battle against Shahbaz and Jalali. She regrets that her brother Aasim has gone to the jail. She wanted her brother to be with her. Kabeer takes the oath to do justice with everyone and do his duty as a Qazi, without any discrimination and personal factors. Shahbaz and Jalali control their anger. Kabeer knows how to defeat them.

Dil Yeh Ziddi Hai:
Anshuman plays the dhol and makes an entry. He proposes Kajal. She accepts his proposal. They have a dance together. Anshuman gets engaged to her. He fulfills the love promise. He wants to live his life with her. The families gets photos clicked. There is a twist that will ruin their marriage functions.

Dad Ki Dulhan Sonyliv:
Amber and Guneet are very happy in their lives for their own reasons. Amber’s reason is that he has decided to make Guneet his life partner and is clear of his dilemmas. He also found a way to impress her. Guneet’s reason is to have a fresh start in her life. Amber contacts her again as the online friend Nodramaplz. She looks forward to meet him. She dances by picking up some good dresses for the date. Amber plans to surprise her.

He makes cookies for her. He drops the flour on his head. He dances while preparing the cookies. He misses Guneet. He cools the cookies with a fan. He waits for Guneet. Nia returns home in an upset mood. She likes the cookies. He stops her from eating it. Guneet returns home from work. He offers the cookies. He also keeps a peace proposal. Both of them want to move on in life. Their cute romance will be seen.

This is the only show I watch daily on priority basis! The director, script writer seems have great patience, really salute to them and their advisers, every actor, actress is great – Ambar, Guneet, Nia, hakeem and corporate colleagues are giving their 100%.