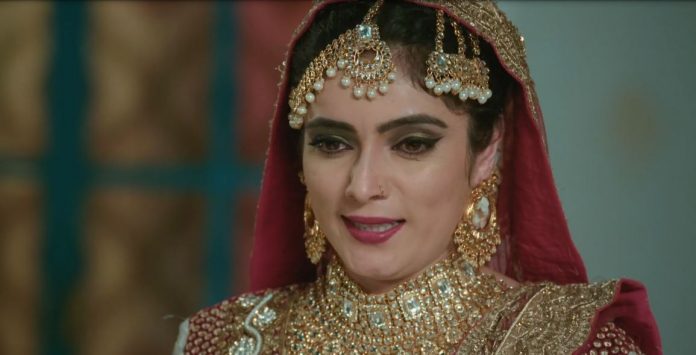 Ishq SubhanAllah Ruksar ugly accusation shocks Kabeer Zara has really fallen in love with Kabeer. She is glad to feel a family’s support and love. Kabeer regards her just a good friend. He wishes Zara to always smile and be happy. They have a sweet moment. Kabeer gets the title of the chief Qazi. The event doesn’t end without a drama. Ruksar gets decked up as a bride. She reaches the meeting and breaks out her accusations on Kabeer. She tells everyone that Kabeer isn’t suitable to become a chief Qazi and lead the society, when he isn’t a good person at home. She tells that he has failed to do justice with his own family, his wife.

She accuses him for abandoning her since he has an extra-marital affair with Zara. She ruins Kabeer’s image. Jalali and Shahbaz have planned this to defame Kabeer. Irfan makes Kabeer swear and admit the truth. He asks if Ruksar is lying to them. Kabeer swears that he has no affair, he didn’t cheat Ruksar ever. Ruksar tells that he wants to divorce her. Kabeer won’t be able to divorce Ruksar now. She has won in her plan partly, while Shahbaz fails to defame him. Shahbaz wanted him to get expelled from the post.

Ruksar knows she can’t trust Shahbaz. She is happy that everything for fine for her. She tells that Azra and Imran will speak in her favor, since she has brainwashed Azra. Kabeer didn’t know that Ruksar will blame him for wrong intentions of affair if he was willing to divorce her. Kabeer denies to have any such love relationship with Zara. Kabeer misses his wife Zara, who always protected him from such wrong blames. He regrets to marry Ruksar, knowing she is an evil person. He tells that he will punish her if she accuses him next time. Ruksar saves her marriage. She rushes to Zeenat to share the news happily and dances with her.