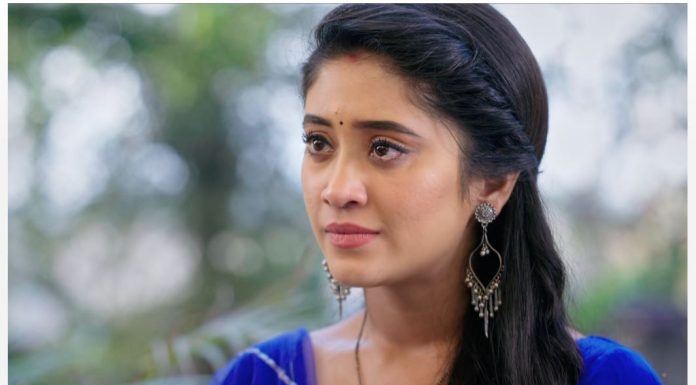 Starplus YRKKH Naira Trisha bold outburst upcoming Javeri requests Trisha to answer few questions for him so that the court can get a clear picture of the case. He wants to defend his clients, Lav and Kush only for the sake of his son Abhishek. He fires insulting remarks on Trisha and tries to lower her confidence. Naira fears that Trisha will give up if Javeri continues to ask personal questions. Kartik asks her not to worry, since Shivani has already prepared Trisha for such accusations. He is sure that Trisha will answer Javeri well. Javeri tells them that the girl is raised in an orphan, he hasn’t seen any luxury in her life, she has just waited for the donations by rich people to get her needs met.

He insults her poverty and tells that this poverty phase made her a victim of greed. He tells that Trisha has big dreams of living a life full of luxuries and richness. He tells that if a blind man gets to see light, then he would want it in his life, same way Trisha wants to come out of the poverty zone after seeing the richness in Goenka household, where Naira has brought her. He also adds that Naira also comes from the same ashram and got lucky to marry a rich guy Kartik Goenka. He tells that as Naira’s life changed, Trisha also wanted to change her life, that’s the reason she has accused Lav and Kush.

He gives a motive of greed to her molestation charge. Trisha defends herself while weeping over his remarks. Kartik and Naira control their anger, while Goenkas feel bad to see Trisha crying. Javeri tells hat Trisha wanted to open a big dance academy like Naira and needs much funding. Trisha tells that she would earn and make the academy. He laughs on her silliness. He tells that the world would have learnt dance and earned money easily, by leaving all the professions. He proves that Trisha wasn’t molestation, she has cooked up this story just to get money from Goenkas.

He tells that he can prove Lav and Kush’s good conduct in their college. He tells that he has many witnesses to support his statement. He asks Shivani if she has any witness in her favor. Shivani shocks him by calling the witness Mohan, the balloon seller. She tells him that she found Mohan in the morning and wants the court to hear him once. Javeri is worried on seeing the witness. Shivani asks Mohan about Lav, Kush and Abhishek. Mohan testifies against them. Lav and Kush panic and think they will get jailed. Abhishek trusts his dad and asks them to not confess anything, his dad will handle everything.

Mohan tells the court that Trisha is saying the truth. Goenkas are worried on hearing his side of story. Javeri tells that Mohan has a weak eyesight, his eye power is big and it won’t be able for him to identify faces. Mohan tells that he was wearing his glasses on that day. Javeri confuses him by further blames. He tells that Mohan can’t identify the boys well. He further proves that Mohan isn’t fit to testify, his memory is also weak. He asks the judge to close the case by declaring his clients innocent. He tries to hurry up and end the case. He tells that Shivani has nothing to present and she shouldn’t waste the time.

The judge agrees with him. Naira worries that they won’t be getting justice. She appeals to the court to delay the verdict and give them some time to find more evidences. Judge poses a penalty on her for breaking the decorum of the courtroom. He takes her advice since justice doesn’t seem to be done. He gives a chance to Naira and Trisha to prove themselves right. Kartik is glad that Naira won the date for the next hearing by teaching Javeri a lesson. Naira wants justice unbiased. Kartik and Naira support Trisha.

Javeri tells Naira that he will have the final win. He taunts her. She tells him that he won’t win even after winning the case, he will fail in his own eyes. She asks him to support the truth. Kartik and Naira have another battle with Kairav’s changing mindset. How will Naira prove to be a good mother for Kairav? Keep reading.