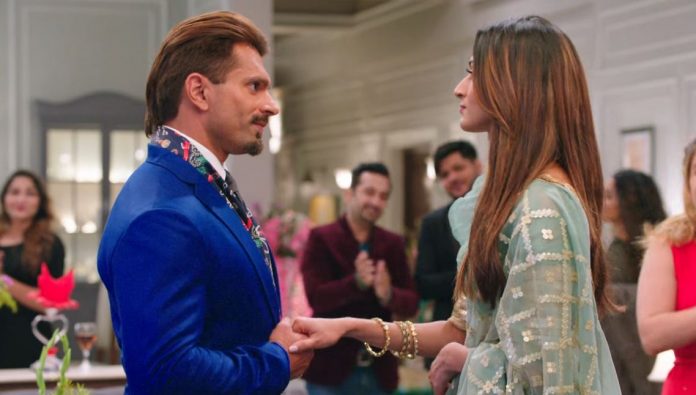 Nayi Kasautii Bajaj Prerna retribution Anurag truth unveils The show has taken an eight year leap. Prerna turns into a business entrepreneur. She wants to challenge Anurag into his business. Prerna and Mr. Bajaj learn that Sneha died in the cylinder blast at the orphanage. Prerna shatters completely on hearing the shocking news. She wants to run into the fire and give her life, since she has nothing left after Anurag’s cheat. She didn’t know that Anurag will show her such a day. Mr. Bajaj protects her. He tells her that she has to focus her life on Kuki from now, she will not end her life. She decides to live to take revenge on Anurag and Komolika, who are responsible for Sneha’s death.

She can’t forgive them for the cruelty. Mr. Bajaj proposes her for marriage and asks her to accompany him to London where they will be living with Kuki. Prerna accepts his proposal. She gets married to him to get a new aim in her life. He promises her that he will support her revenge goals. Anurag and Komolika are seen having a married life, pleasant and perfect in front of the society. They attend the business award. Anurag gives the credit of his success to his wife Komolika. She feels proud, even when she knows that he is faking all the love. She is happy to be his wife, and make him away from Prerna.

Anurag and Komolika receive the award. Basus accepted Komolika. Anurag is threatened by Komolika. He makes a revelation that he is helpless to act as an ideal husband, he is pretending to be happy with her. She tells him that he knows what can go wrong if he dares to go against. She has Basus in her control as well. Prerna gets ready to receive the award. She goes to the awards function with Mr. Bajaj. She gives the credit for her success to her husband Mr. Bajaj. She thanks him for the endearing support. Kuki brings joy in Prerna’s life.

Prerna makes a wish to return to Kolkata and give a tough competition to Basus to ruin down Anurag’s business completely. Anurag and Komolika’s bitter terms are seen, while Prerna has a strong understanding with Mr. Bajaj, her protector. Mr. Bajaj is reminded of the deal and agrees to take her to Kolkata. Prerna and Anurag will meet after eight years. What will happen next? Keep reading.