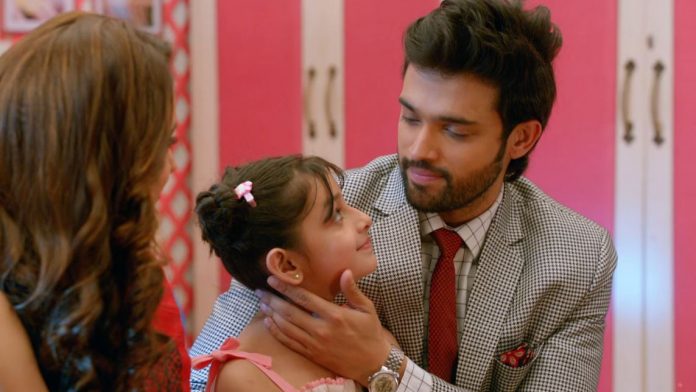 Kasautii NEW Anurag Diya connection Love hate twists lined Grand parties are thrown by Komolika and Mr. Bajaj to celebrate the success of Anurag and Prerna respectively. Komolika wants to make sure that she keeps up the image of a good wife in front of the society and media. She wants Anurag to behave well. Anurag is fed up of playing the ideal husband and keeping fake smile on his face. He wants his life to get some aim. He misses Prerna and imagines to dance with her. Similarly, Mr. Bajaj and Prerna have a romantic dance, but she imagines Anurag. She gets disturbed with the thought that she is still missing Anurag, when she should hate him and focus on the revenge.

Anurag also leaves the dance midway when he misses Prerna. He knows that its impossible that she returns. He just wants things to stay the same. He doesn’t want to think what can never happen. Prerna tells Mr. Bajaj that she had a deal with him that if she wins the business award without his help, then she would get his permission to return to Kolkata. He doesn’t want her to go back and fall weak in front of Anurag. She tells that she will never melt her heart for Anurag, who is responsible for Sneha’s death. She tells him that he gave her much courage and focus for her revenge.

She recalls Mr. Bajaj preparing her for the big revenge by making her a smart, bold and confident lady. She tells that its important for her to go back and settle scores with her daughter’s murderers. She tells that she can’t stay without her life’s aim. Mr. Bajaj tells her that he wanted to encourage her and helped her in winning the business award. He means to say that she isn’t prepared to go back to take revenge on Anurag. She pleads him to let her free and empower her. Mr. Bajaj wants her happiness. He agrees to make her arrangements for the travel. Kuki also wants to go with Prerna, but she is scared of Mr. Bajaj.

He lets Kuki to go with Prerna and asks her to take care of Prerna. Anurag meets his daughter Diya. Komolika thinks just Diya is the connection between them. Anurag loves Diya a lot. Komolika wants Anurag to be with his family. She wants the deserved respect, being Diya’s mother. Anurag’s extended family is seen. Anurag heads for the office. He misses Prerna a lot and cherishes their memories. Prerna reaches Kolkata and decides to take revenge on Anurag.