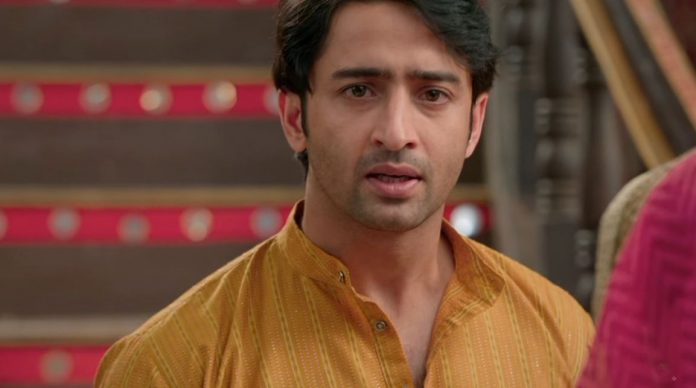 Rishtey Starplus Today Abir defensive move Mishti decision Jasmeet poisons Kuhu’s mind further. She asks Kuhu to frame someone else to save herself. She tells Kuhu that if Mishti can’t be framed, then she should frame Parul, who is just a helper in the family. She asks Kuhu to do something before the family doubts on her. Kuhu doesn’t want to frame Parul. She loves Parul, who is too caring. Jasmeet asks her not to trap herself for Parul’s sake. Kuhu wants Abir to get fine soon. Parul tells Kuhu that Kunal is worried for Abir and isn’t taking dinner. She asks Kuhu to convince him to have food. Kuhu goes to cheer up the family.

On the other hand, Mishti asks Abir not to compete with her and sleep for long hours. She tells that she is acting strong, but she is much worried for him. She threatens to start bad poetry if he doesn’t listen. She gets emotional while she tries hard to wake her up. Kuhu asks everyone to have food so that they stay strong and appear fine, when Abir wakes up and meets them. Kunal asks her about taking the credit of Parul’s hardwork. Nidhi asks Kuhu not to take the blames of Parul’s crimes. Parul gets worried on hearing this and asks Nidhi what does she mean. She tells that she makes food for the family, she loves everyone and is sincere in their duty.

Nidhi blames Parul for adding the pill in Abir’s coffee, so that he sleeps for long hours and her son Kunal gets a chance to perform the puja. She hurts Parul by the accusation. Meenakshi, Mishti and Nanu defend Parul. Kuhu is worried seeing Kunal’s anger. Kunal loses his cool when he finds his mum suspected. He also confronts Parul if she has done this. He loves Abir a lot. He wants Abir to be fine. He also accuses Parul. Parul is much hurt because of his blame. Meenakshi tells that she trusts Parul, who can never do this with Abir. Abir wakes up and witnesses the family drama on meeting them. He defends Parul and asks Kunal to apologize to her.

He scolds Kunal for blaming his mum. He tells that he feels safe when he is with Parul. He shows his faith on her. Meenakshi wants Mishti to learn about Kuhu’s crime. Jasmeet wants to know what’s happening there. She messages Kuhu to know about Abir. Kuhu fails to inform anything to Jasmeet. She avoids Mishti. Rajshri tells Jasmeet and Varsha that everything got fine in Rajvansh family. Kunal is much upset. Abir gets angry on him for hurting Parul. Meenakshi hints Mishti about Kuhu spiking the coffee. She tells that Parul is innocent, but they have to find out who has done this crime. She asks Mishti to find out and save Abir. Abir and Kunal share their emotions about their mothers. Mishti confronts Kuhu for harming Abir.

She asks Kuhu how could she see Parul in trouble. She asks if she doesn’t care for Abir, the pills could have caused a big harm to him. She reminds that Kunal did a similar thing, he had spiked Nannu’s drink, for which they were upset with Kunal. She asks Kuhu not to fall to low level. Kuhu admits that she had spiked the coffee for limiting Mishti from the puja. Mishti slaps her to make her realize her evil plans.

She wants Kuhu to rectify her mistakes before things go out of the hands. She threatens to expose Kuhu. Mishti overhears Abir and Kunal’s argument. She feels bad that Kuhu has created a rift in the family. Mishti decides to unmask Kuhu, so that Kuhu stops attempting such things again.