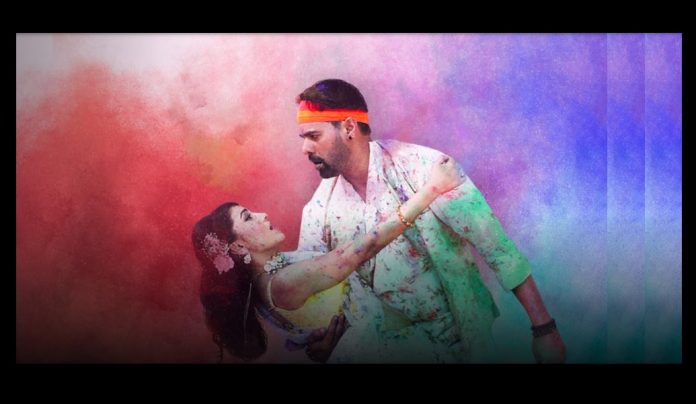 Kumkum Bhagya Zee Sony Dad Ki Dulhan Upcoming Prachi blames herself for failing to help Ranbir. She tells Pragya that she could have waited for Dimple, rather than taking the silly get up and going in the engagement function. She thinks her act wasn’t convincing enough, she has done wrong to take the big risk. She cries and reveals about Ranbir and Maya’s engagement. Pragya is also worried, knowing Prachi and Ranbir love each other. She didn’t want this engagement to happen either. Abhi comes back in the track.

Kohlis inform him about Ranbir’s forced engagement with Maya. Abhi makes a plan and asks Vikram to invite Maya’s family home in the holi party. He wants to explain Chobey his way. Pragya finds Prachi depressed. Sarita asks Prachi to request Pragya to accompany them to Ranbir’s house. Prachi doesn’t think that Pragya will agree.

Dad Ki Dulhan: Guneet gets imagining Pammi around and her peace moment breaks. She returns to normalcy when Amber sings a lovely song. Amber asks Yashwant to drive slow and take more time to return. He doesn’t want Pammi to come back soon. Guneet finds Amber very happy and tells that she can see the change in him. Amber doesn’t accept the change.

She tells that he is in love and its clearly seen. She asks whom does he love. He denies to be in love. She finds him blushing. She tells him that he will get normal if he behaves so good every day. Amber turns polite towards her. She is more than happy and surprised. Amber gets speechless when she is in front of him.

He doesn’t want her to know that his love is for her. He imagines to dance with her and romance. Guneet prepares the halwa while he is busy dreaming about her. She serves the halwa made with love. He dislikes the halwa and doesn’t tell her. He still sits to have it, for her sake. Amber wants to meet Guneet and confess feelings before Pammi comes. Guneet is stressed for the tax notice. Amber offers her help. She tells that she is missing Pammi, but feeling at peace since she never experienced this kind of peace before. She thanks him for giving her a chance to enjoy her me time. She misunderstands him when he doesn’t speak up.

He tells her that he has just come to offer help. She gets sure that he is in love and changed completely. She is happy that he is keen to help her unlike before, when he just used to fight rudely. She compliments that love suits him. She wants to know who is the lucky girl. She asks if its his online friend, if she knows her. He doesn’t want to share anything. Amber loves her and goes mad for her. Amber learns that Pammi has run away.

Guneet gets a shock to know that Pammi is missing. Amber doesn’t want to lose Guneet because of the new problem. Later, Amber tells Nia that Guneet is Baawra Mann. Nia can’t believe this and is happy for him. She wants to take his love story ahead. Guneet asks about the love story. Amber doesn’t want Nia to tell anything. Nia plans to help Amber in winning Guneet’s heart.