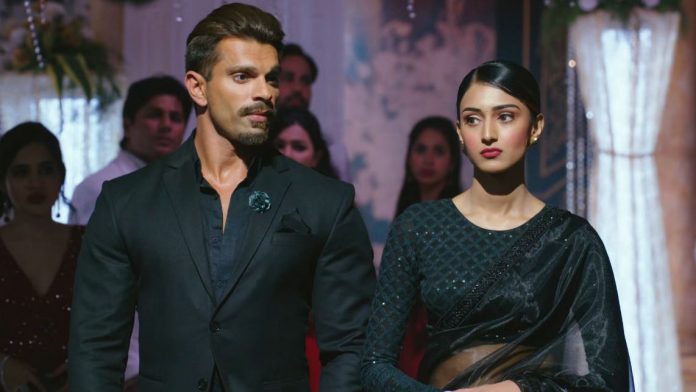 Kasautii Bolder Darker shocker Prerna Bajaj strong stand Kuki is irritated by Kaushik. She tells Prerna about Kaushik and Naina’s matter. Prerna tells that Kuki maybe confused about Kaushik, who maybe a nice guy. She asks about Kaushik’s family. Kuki doesn’t want to tell about Anurag and Kaushik’s connection. She doesn’t tell anything. Kaushik tells about Kuki and dislikes her. He is also much irritated by her.

Anurag asks Kaushik to welcome the foreign investors and be on time. Anurag throws a lavish party for his investors. Komolika makes Mohini manage the arrangements. Mohini feels helpless and burdened. She cancels her club visit. Rakhi asks her to not ignore her personal schedule.

Mohini tells that Komolika has given her the task. She doesn’t want to bear poverty, so she wants to obey Komolika. Komolika compliments Mohini. Rakhi doesn’t like Komolika dominating Mohini. Komolika insults Rakhi and hurts her heart. She doesn’t want Rakhi to interfere in her matters. She reminds that Basus are managing Rakhi’s expenses after her divorce. Mohini and Nivedita also feel bad. Anurag speaks to his manager, who tells that its a big loss for them that they lost the land auction. Komolika tells that Anurag can recover the loss.

Manager tells that he has found an investor, who is ready to help Basus. He keeps the condition laid by the investor. Komolika likes the proposal. She asks Anurag to accept the deal. Anurag gives his word. The manager calls Mr. Bajaj, who has arrived in Kolkata. Mr. Bajaj and Prerna make an entry in the party. Komolika and Basus are super shocked to see Prerna alive. When Mr. Bajaj stands by Prerna, the shock gets bigger. They learn that Prerna is the new investor, Mr. Bajaj’s wife. Mr. Bajaj meets Anurag and talk about Prerna. Komolika wants to know from Anurag how Prerna got saved.

She learns that Prerna had snatched the land deal from Anurag. She asks him if he has lost the land intentionally for the sake of Prerna. She threatens to make Prerna’s life hell. He gets speechless. Mohini tells that Prerna is back and now things will get worse for them. She fears of Komolika’s reaction. Mr. Bajaj tells that Prerna has changed and she is of Bajaj now. Prerna gets accused by Mohini once again.

Reviewed Rating for this particular episode: 3/5 Looped
This rating is solely based on the opinion of the writer. You may post your take on the show in the comment section below.