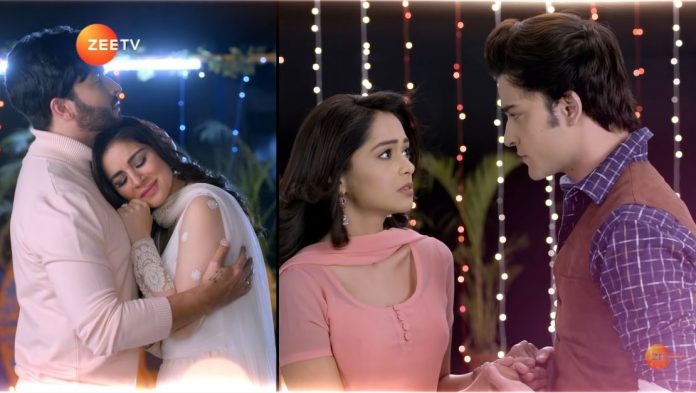 Kumkum Kundali Upcoming Surprising twists Zee5 Karan and Rishabh see Mahesh fallen down on the ground. Karan asks how did his dad fall down here? Mahira tells that Preeta has pushed him down. Karan doesn’t believe her. They rush him to the hospital. Doctor tells them that Mahesh’s condition is very critical and that there is very less chance of his survival. Karan and Rishabh are much distressed, just like Luthras.

They are confused about Preeta, since she is proved innocent in Mahira’s accident blame. Kareena again believes Sherlyn and Mahira blindly. She is against Preeta since the latter is from a poor family. The misunderstanding about Preeta demanding Luthras property as alimony doesn’t get cleared. Kareena thinks Preeta is still after their money and attacked Mahesh. Karan and Rishabh are aware that Sherlyn and Mahira are plotting against Preeta and always blame her, but will they find out that they are behind Mahesh’s accident again?

Kumkum Bhagya: Abhi and Pragya imagine dancing in the holi party and applies color to each other. While Pragya plans to make Maya confess the truth, Ranbir drinks the Bhaang and confesses his love to Prachi. Ranbir wanted to frame Maya in the plan to make her admit her misdeeds. He doesn’t know that Rhea is behind the conspiracy. He just wants to avoid his marriage with Maya. The story goes round and round in the Holi party.

Gudiya Hamari Sab Pe Bhari: Sweety searches Gudiya all around in the house. She tells Pappu that Gudiya is missing. Sarla cries blaming herself. Sweety tells that they shall go to Police station and file complaint. They reach there and inform Nanhe lal about Gudiya going missing. Pappu tells that they were very strict towards Gudiya. Nanhe lal asks Sarla not to worry. Sarla says how she shall not worry. and thinks where is she.