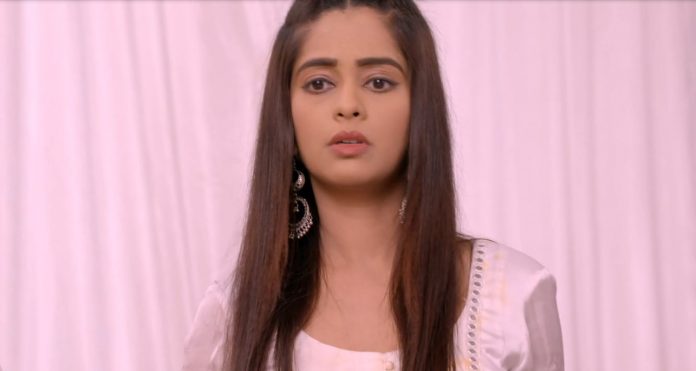 Kumkum Prachi dazed Upcoming Aaliya snatches evidence Pallavi and Pragya go to meet Vikram and Abhi. Pragya fails to see Abhi. Pallavi feels odd when Vikram talks weird things in drunken state. Abhi hears Pragya’s voice and misses her. He doesn’t see her around and thinks he is hallucinating. Prachi gets confronted by Sarita about Ranbir. Prachi doesn’t want Sarita to ask about him further. She tells that she doesn’t have any relation with Ranbir, she just wanted to help him. She gets against him in anger.

Shahana asks her why is she so angry. Sarita wants to know if she got the video. Prachi doesn’t want anyone to see the video in which he confessed that he loves her. She thinks it won’t be good if she shows video to them. She tells that she is fed up of Maya, she will end Maya’s matter and go home. She wants to give the evidence to Pallavi. Sarita tells that they should show the video to Ranbir first. They find Ranbir and Maya together.

Sarita tells that she will wake them up. Prachi gets into a moment with him when she tries to wake him up. She recalls their memories and thinks if she is also in love with him. Aaliya keeps an eye on them. Sarita doubts that someone is spying and goes to check. Aaliya doesn’t know what to do of Prachi, since Ranbir has confessed love to her.

She worries for Rhea. She thinks to keep Prachi away from Ranbir and Rhea. Prachi fails to wake him up. Ranbir holds her hand in his sleepy state. Prachi avoids the odd moment. Aaliya plans to steal the recording from Prachi. She wants Prachi to lose everything. Dida and Pallavi are very happy because of Prachi supporting Ranbir. Aaliya gets tired of hearing Prachi’s praise. Pallavi tells that she also likes Prachi. Aaliya goes after Prachi to get her phone. Her plan works. Prachi loses her phone after she falls down. Prachi looks for her phone.

Aaliya deletes the video and keeps the phone back. Aryan and Shahana see Aaliya leaving. Aryan finds Aaliya’s behavior strange. Prachi tells that the phone has the video in it. She doesn’t check it. Sarita struggles to wake up Ranbir and Maya. She feels Ranbir is badly trapped by Maya. She waits for Prachi and Kohlis to come back. She finally wakes up Ranbir and informs that their plan worked, Prachi has recorded the video. He gets glad to know it.