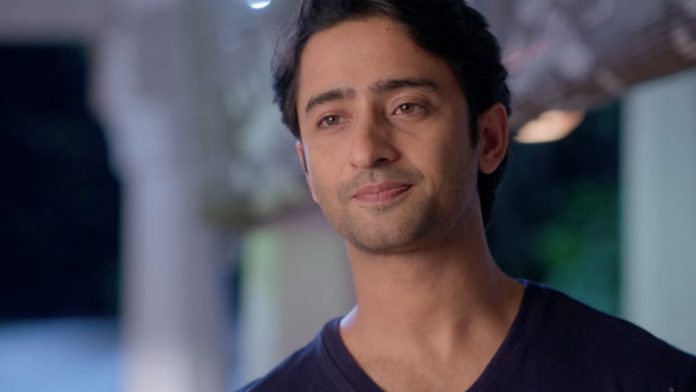 Rishtey Abir kidnapping Starplus Meenakshi rude shock Kuhu ruins Abir and Mishti’s photo frames in anger. Mishti tries to stop her. She is much hurt to see the photo frames broken. Kuhu tells that Mishti has broken her dreams, so this is her reaction. Kuhu accuses her for always coming between her happiness and insulting her. She asks Mishti if she is happy by announcing that Parul is Kunal’s mom. She tells that she has become a house helper’s Bahu after this revelation, her social rank has fallen to zero, she was earlier known as Meenakshi Rajvansh’s bahu.

She is much hurt that Mishti has earned all the name and fame by insulting her. She asks Mishti if she intentionally returned the company to Kunal. She doubts on Mishti’s good intentions. She tells that Parul is nothing but a helper for the family, its insulting for her to think that she is Parul’s Bahu. She thanks Mishti for showing her real place to her by her master plan. Mishti asks Kuhu not to misunderstand her.

She doesn’t expect any sensibility from Kuhu. Kuhu barges out of her room after breaking the last left out photo frame. Mishti cries on her fate that she has to deal with Kuhu’s tantrums again and again, even in her in-laws house. She wants to tell Abir about Kuhu’s anger. Abir is happy that Kunal united with Parul and paid her the due respect. Kuhu cries to be called Parul’s Bahu from now on.

She stays upset with Kunal as well, since he didn’t take her advice before taking this big step. Kunal tries to convince Meenakshi. He asks her to give him a chance and trust him. He surprises Meenakshi. She gets happy for a moment. She gets to see the inauguration news and is hurt by Parul and Kunal’s picture. Her happiness gets down. Kunal thinks he has to put more efforts in order to convince her. Meenakshi goes to her room. Nanu asks Kunal to give some time to her. Mishti picks the broken frames and is hurt. Abir learns about Kuhu’s mistake. He doesn’t want Mishti to keep complaining about Kuhu. He tells that Kuhu is immature like Kunal, so they have to become mature and handle them.

He tells that he also handles Kunal with much maturity. He expects Mishti to have patience while dealing with Kuhu. She tells him that she knows Kuhu since childhood, he should believe her. He wants to avoid the talks. He doesn’t see that Mishti is hurt. Mishti feels sad. Kuhu vents anger on Kunal for listening to Mishti and making Parul inaugurate the function. Kunal is also fed up that Kuhu always blames Mishti for everything. He tells her that Mishti didn’t advice him, he has taken Abir’s advice and took the decision. He tells that Mishti isn’t responsible for this, he himself wanted to take a stand for Parul, who is always treated like a house servant.

She asks about Meenakshi’s feelings. He tells that Meenakshi will understand him, he has to pay respect to Parul and make up for his past mistakes. She asks him to not seek Mishti’s advice, Mishti has filled Abir’s ears to make him do this. Kunal tells that Abir trusts Mishti since she is right. Kuhu taunts that Abir has no capability to know a person’s truth, else he would have not believed Mehul. He tells that she likes to hate Mishti and this is evident now. He isn’t interested in explaining her further. Kuhu feels sorry.

Mishti waits for Abir. She gets angry knowing Abir went to the terrace to sleep. Parul meets Abir and tells him that she already knew the problems arising by her truth coming out. She asks him not to spoil his relations with the family for her sake. Abir asks Parul not to blame herself always. He tells that he will always keep the family united. She explains him that Mishti is new in their house and isn’t getting Kuhu’s support. She tells him that Mishti is tolerating Kuhu’s insecurities, Mishti needs his support. He understands his mistake to ignore Mishti. He thanks Parul for giving the right advice at the right time.

He goes to talk to Mishti. Mishti and Abir don’t get to talk and are troubled within. They have little ego and avoid each other. Abir breaks the silence in the morning. He apologizes to her and tells that he wants her to ignore Kuhu’s mistakes. She tells that Kuhu will make bigger mistakes if they ignore it. He tells that he got the framed repaired. She asks him to face the truth. He doesn’t want her to fight with Kuhu and make Meenakshi win. She tells him that their relation is failing. Elsewhere, Jasmeet brainwashes Maheshwaris against Mishti and Abir, who would be throwing out Kuhu and Kunal from the house.

Rajshri and Vishwamber believe Mishti blindly. They are also sure of Abir and Kunal’s love. They tell Varsha that Abir and Kunal will be keeping their wives together, by their understanding. They aren’t insecure or worried for Kuhu’s future. Vishwamber assures Shaurya and Varsha that Mishti will never hurt Kuhu. Meenakshi shocks the family by taking Parul’s avatar. She serves the family.

The family can’t believe the sight. Abir and Kunal want to know the reason for Meenakshi’s move. Abir and Kunal will be getting kidnapping. It will be known that they have planned their own kidnapping to bring the family tension at peace. But will they get kidnapped for real? Keep reading.