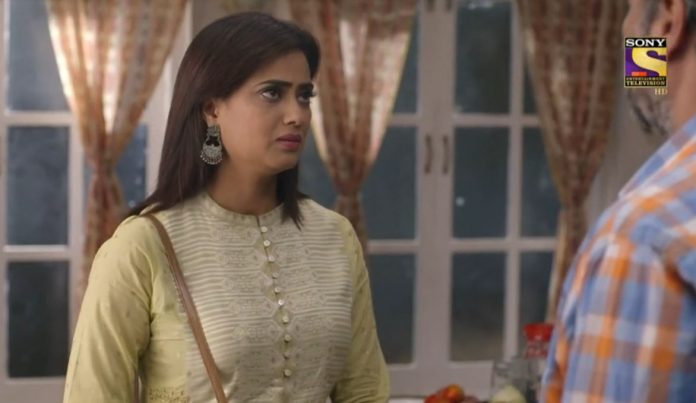 Mere Dad Guneet on mission to find Amber’s lover Pammi suspects Amber’s intentions. She tells Guneet that Amber maybe planning some revenge on them, else he will never turn sweet. She asks how did Amber care for her that he came all the way to find her. Guneet tells that she also noticed the changes in Amber, she will find out what are his intentions. Nia imagines Amber and Guneet’s romance. She laughs a lot on the funny scene.

She tells that its a funny pairing having a funny love story. She asks Amber if he didn’t realize that Guneet is his friend. Amber tells that he didn’t put any picture and even Guneet didn’t keep any picture on her profile.

She tells that he had seen Guneet on his date and wasn’t able to accept. Amber now accepts that he likes Guneet. Nia laughs on his love story. Amber gets upset. Nia can’t control her laughter. He ponders about Nia’s opinion on his love story. He thinks if its really madness. Amber wants to share his emotions. He tells her that he will not go ahead in his relation with Guneet until she permits him, since her approval matters a lot. Guneet tries to get the truth out of Ghanshyam. She asks Ghanshyam to tell her why did Amber plan the tour, why is he behaving sweetly with them, what are his motives.

She asks Ghanshyam to tell the entire matter. Ghanshyam tells her that Amber asked him to prolong the trip. Guneet asks him why did Amber do this, what were his intentions. Ghanshyam doesn’t know more about Amber’s plans. Amber finds Ghanshyam laughing. He thinks what’s happening. Nia tells Amber that Guneet and he won’t be a good match. He asks her how can she be so sure. She tells that she can prove it to him. She wants to know if he really loves Guneet. She questions him about Guneet, to know what he thinks about her. Amber tells Nia that Guneet is helpful and can’t stop herself from interfering in other’s matters.

Guneet meets them to take Nia’s help. Nia jokes on Amber. Guneet asks Amber to help her. He gives her an advice. He tells Nia that Guneet is his online friend, he knows her real personality, which means a lot to him. He can’t think of any other virtue. He is content that Guneet is Baawra mann. Guneet asks Amber why is he bothered about her, why did he change so much.

Reviewed Rating for this particular episode Mere Dad Guneet on mission: 4/5
This rating is solely based on the opinion of the writer. You may post your take on the show in the comment section below.