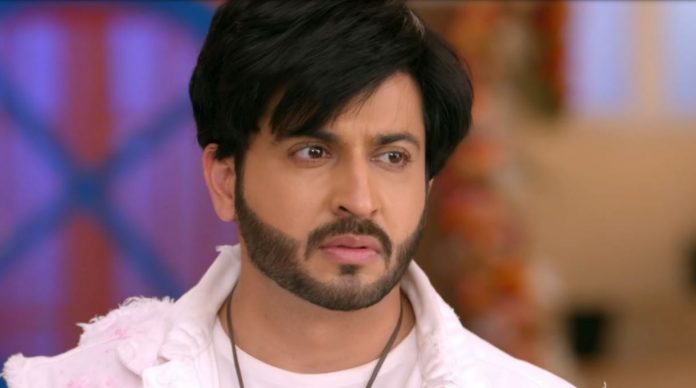 Kundali Bhagya Hopeless Karan Predictable sobbing Preeta Preeta defends herself that she is Mahesh’s well-wisher, she can never harm him. She accepts the fact that she wanted to stop Karan’s marriage with Mahira. Karan asks Preeta to leave. Preeta gets hurt and wants to know if he doesn’t believe her. Karan wants her to get away. He feels bad to see her getting insulted by Kareena, Sherlyn and Mahira. Dadi also blames Preeta and curses her. She doesn’t want to forgive Preeta. Rakhi is in shock about Mahesh’s state. She isn’t able to think of anything.

Kareena blames herself for allowing Preeta in her house. She doesn’t want Preeta to hurt anyone else. Shrishti shouts on them to defend her sister. She tells them that Mahesh is like their dad, they can never hurt Mahesh. She calls them wrong to think wrong about Preeta. She justifies Preeta, who stands silent like defeated person. She counts Preeta’s good deeds. Sherlyn tells that they don’t want Preeta, just Preeta was around Mahesh when he fell down. Karan gets enough by hearing the blames on Preeta.

Rakhi also loses courage. She asks Preeta to get away, since they can never have any bond. Preeta gets depressed. Rakhi doesn’t want to accept Preeta in her heart, since she always brought bad news for them. She also believes that Preeta is responsible for Mahesh’s state. Rakhi asks Preeta to leave and never come back in their lives. Shrishti and Preeta sadly leave on Rakhi’s command.

Shrishti tells Preeta that they should tell Sherlyn and Mahira’s plans to Rakhi. Preeta gets much sad since she expected Rakhi to trust her. She recalls Karan and Rakhi’s words. Shrishti supports Preeta and takes her home. Prithvi wakes up in Luthra house. He thinks how did he get locked in the store room. He realizes that someone locked him. He doubts on Karan. He thinks why did Karan lock him up. Sherlyn returns home and frees Prithvi. He wants to know who got him here. She beats him up and asks him to get away. He wants to know what’s going on. She asks him to leave, she will tell him everything. She sends him away.

Sarla and family wait for Preeta and Shrishti. They learn the matter and are much upset. Preeta tells the family that she didn’t do anything, she just wanted to help Mahesh. She tells that she is blamed for pushing Mahesh down the stairs. Sarla knew that Preeta and Shrishti will suffer if they meet Luthras. Preeta tells that even Rakhi didn’t trust her today and ended ties with her. She regrets a lot and sheds tears. Sarla knew this would happen. She gets crying and warns her daughters against meeting Luthras again.

Kareena asks the family not to go against her. She doesn’t want Rishabh to support Aroras. Rishabh is troubled. Kareena asks the family not to keep any terms with Aroras. Sherlyn and Mahira get happy when Kareena limits the family. She tells Karan that he married Preeta for revenge and now he has to forget her. Rishabh gets angry when Kareena and Dadi speak against Aroras. Preeta sheds tears that Karan just stood there and saw her insult. Sarla tells that Luthras have acted as their nature, they aren’t at fault. She feels Preeta and Shrishti did a mistake to go there and get insulted. She tells them that she feels terrible on seeing them humiliated. She warns them against going to Luthras again.

Best Comment by Weedha:
Kundali Bhagya is worse than Corona virus. It’s better to watch news than watching Preeta crying all the time and Sherlyn’s plan successful all the time.