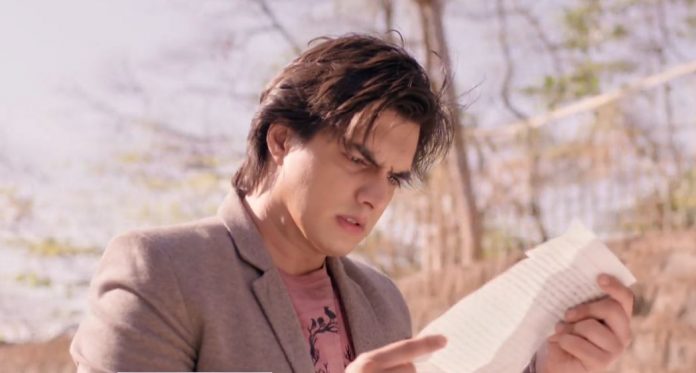 Starplus Biggest twist Naira Kartik find daughter alive Naira gets to see Manish and Suwarna’s cute moment. She overhears them and realizes that Kartik and her romance is missing out. Suwarna tells Manish that all the couples lack romance after having children. She tells that they shall also focus on their responsibilities. Manish wants to take her out on a concert date. Suwarna doesn’t have any interest but agrees for his sake. Naira thinks to spice up her romance life with Kartik.

She plans something special to surprise him. Suwarna meets her and is glad that Naira picked up her advice. She tells Naira that she intentionally gave the tip. She asks Naira to move on in life by forgetting the problems they faced recently. Naira is thankful for her guidance. Suwarna helps her in the surprise making. Dadi gets happy to see her family returning to normalcy. Naira awaits Kartik eagerly to give him the romantic surprise.

Kartik meets her and is lost due to the investigating tensions. Naira hints him about her romantic mood. He doesn’t pay any heed, which upsets her. She thinks he is troubled by something, when he makes her away and breaks their romantic moment. Kartik thinks he shall tell her the truth since she is the baby’s mother, and has all rights to know each and every detail of the past. He breaks his silence and reveals the shocking thing that their daughter maybe alive.

He tells her the instances when he found Leela and followed her, his meeting with the inspector and the crucial information. Naira can’t believe this facts. She thinks he is getting unidirectional and thinking so much that he is believing it as true. She asks him not to get too obsessed and get false hopes. He tells her that it may happen with their baby, maybe the baby was stolen and they were tricked by Leela. She doesn’t think their life is so dramatic that they will undergo such a trick. Kartik’s doubt doesn’t get clear.

She makes him promise that he will never hurt himself with false hopes and stop thinking about their baby. She tells him that they shall plan their baby. Kartik and Naira go to play with Kairav. Inspector arrives to meet Kartik. Kartik learns that maybe his baby is alive, the cases registered are around the same time when Kartik’s baby was born. Kartik gets big hopes that his daughter is alive. He gets keen to know more and find her. Naira overhears their conversation. She gets sorrowful to think that she parted away with her daughter.