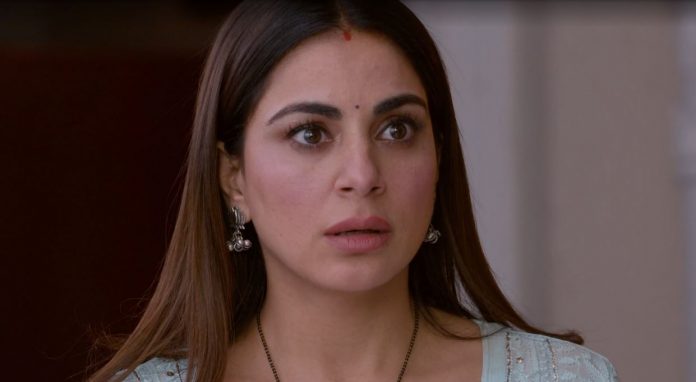 Kundali third class shockers Karan Preeta repeat decision Karan doesn’t want to marry Mahira until Mahesh gets fine. Kareena tells him that they shall keep the marriage for Mahesh’s sake. She regrets that the family doesn’t have same thinking now, they don’t agree on same thing, Preeta will play with their feelings if they don’t keep the marriage soon. Rishabh is shell shocked. Kareena asks Karan to save them from Preeta by marrying Mahira.

She asks Karan to accept her decision. Mahira tells Karan that they shall marry to stop Preeta from coming back in their lives. She acts that she will always support his decision. Karan gets mad to agree for the marriage. Rishabh doesn’t know what is Karan thinking and why is he ruining his life this way. He gets annoyed and goes away seeing the family’s insane move.

Preeta and Shrishti wake up on finding someone at the window. They think if Karan has come to meet them. She learns about Sameer. She tells that the window got stuck and he has to come from the main door. Sameer meets them and informs about Karan and Mahira’s marriage. He shares the emotional blackmail on Karan, how Kareena convinced Karan for marrying Mahira. Preeta feels shattered on getting the news of her husband’s marriage. She thinks its high time that she turns sensible and chooses her esteem over love.

She tells that she is completely okay with Karan’s decision, he may marry if he wants to. Sarla wakes up on hearing a sound. She goes to see what’s happening. Sameer tells Shrishti that they must make a plan and stop the marriage, Mahira is also evil like Shrishti, Mahira shouldn’t come in Luthra family. Shrishti tells him that they can’t do anything, Preeta is always insulted by Luthras. She tells that they came to help Karan today, but fell into trouble. Sameer asks her to explain Preeta once. Sarla overhears them.

She scolds Shrishti for supporting Luthras who are responsible for Preeta’s tears. Sarla doesn’t think Luthras deserve Preeta. She asks Shrishti not to let Sameer into their house. Shrishti tells that Sameer is supporting them. Sarla asks him to tell the family that Sherlyn, Mahira and Kareena are wrong. She dares him. She feels he has no courage to raise his voice. She vents her anger on Sameer. She doubts that Sameer is again planning something and is sent by Luthras. She tells that she even discard their apology. Sameer tells Sarla that he came to inform about Karan and Mahira’s marriage. Sarla tells that Preeta can’t bear more sorrow.

She asks Sameer if he thinks Preeta is made to tolerate humiliaton and sorrow. She wants to protect Preeta. He faces Sarla’s wrath. Sameer tells her that if Preeta stops the marriage, then it will save Karan’s life. Sarla tells him that Preeta will not come to stop the marriage. She knows Sherlyn and Mahira are wrong for the family. She asks him not to brainwash Preeta to do his work, Preeta will be thrown out of the house if she dares to stop the marriage. Sameer feels sorry for Aroras. Preeta sends him away.

She pacifies Sarla by acting normal like before. She tells that she isn’t affected by the news. Preeta had acted to not care about Karan’s marriage even before. She still sticks to her words. Sarla wants Preeta to be strong. She shares Preeta’s sorrow. She asks Preeta to forget her good values and just move on. Preeta decides to start a new life for the sake of her family’s happiness.

Karan is a mindless twerp who believes everything. He can’t make a decision to save his life. Bigamy is OK. No sweat. Preeta has no self respect. A spineless cry baby. Sherlyn, Punnu baby & Mahira get all the lucky breaks.