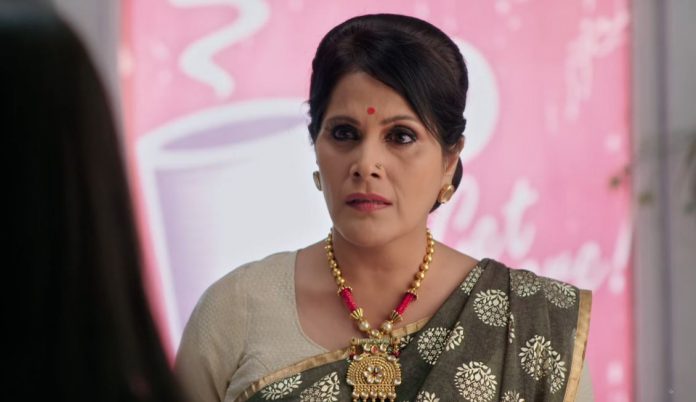 YRKKH Rama startling entry doubles thrill mystery Kartik reads Leela’s confession that she has sold his daughter to someone for ten lakhs rupees. He learns that his daughter was alive, but she couldn’t give him the right information. She reveals the miracle that his daughter got a heartbeat back after she was declared dead. She further writes to him that the man was in need for the baby for his wife’s sake and she had sold the baby to him.

She apologizes to Kartik for snatching his daughter. She feels guilty of her actions. She writes that she is suffering from cancer and going to die, its a repayment for her sins. He gets a clue of the person who took his daughter. He checks the picture sent by Leela. Leela hopes that Kartik finds his daughter soon. Kartik doesn’t recognize the man. He returns home, only to get the romantic surprise from Naira. She apologizes for her behavior.

He doesn’t know how to reveal the truth. He imagines her reaction and sorrow if she learns the truth about their daughter. He thinks if she will accept the truth or get into a denial. He decides to not share the truth until he finds his daughter. He fails to concentrate on her surprise. He tells her that he isn’t feeling good. Naira lets him rest. Kartik and Naira spend time with the family. They enjoy the quality time with family and kids.

Kairav and Vansh have a competition. Naira tries to revive her romance. Kartik wants her to be happy. Kartik tries hard to get the information. He hires a detective. He asks the detective to keep the matter discrete and find out the person seen in the picture. He wants to find his daughter soon. Manish observes him and realizes that he is worried. Kartik denies it. Manish asks him to share the matter with his dad, maybe it will help. He tells that he knows his son well and can understand that there is some problem disturbing him.

Kartik lies to him about the tension regarding Naira’s Gangaur gift. Manish believes his excuse. He tells that this is really a problem, even he has to give some special gift to Suwarna. They share a light moment. Kartik decides to keep the Gangaur fast to make a prayer for his daughter. Kartik goes crazy while waiting for the detective’s call. He lies to Naira about his work. He soon meets the detective and seeks the information. He doesn’t get to know a lot of things. He wants the detective to find the details soon.

Elsewhere, Naira doesn’t tell Kartik about Rama. She secretly goes to meet Rama, who tells her about Gayu, Vansh and Samarth’s coming baby. Rama is afraid that Samarth’s child can affect Vansh’s life. She wants Naira to handle the matter. The Goenkas plan Dadi’s birthday bash in the coming track. There is a new mystery about Kartik and Naira’s daughter and her whereabouts. Leela leaves far to get saved from punishment, after giving the required hints to Kartik. Kartik seeks help from police and private detective. Naira will be seen assuring Rama about the baby’s matter. Is Rama involved in Kaira’s daughter’s matter in some way that her entry happened midway? Keep reading.