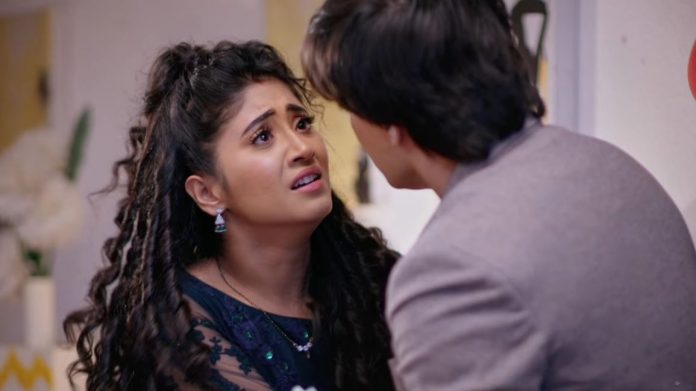 Starplus Special Kartik daring decision in Yeh Rishta Kartik learns that the new city hospital had such case of baby theft racket. Naira overhears Kartik and inspector’s conversation. Kartik gets a hope that he will soon find his daughter if he is thinking right. Inspector asks Kartik to cooperate with him and help him with some facts. Kartik is ready to cooperate. Naira asks Kartik why is he giving himself false hopes, their daughter won’t be alive, he is just imagining things and weaving hopes.

She asks him to stop discussing about the past. She tells that she doesn’t want any false hope, that would hurt her. She feels like crying since she misses her first child. She thinks she is wrong to fight with Kartik, even he is in pain like her, being a father, he would be missing their daughter too. She doesn’t want to leave Kartik alone in the painful moment. She thinks she should go back to Kartik and share his pain. She finds Kartik already gone.

Kartik has decided to find the truth and then share it with Naira. He feels sorry that he has to hide the matter from Naira as of now, since nothing is confirmed. He doesn’t want to leave any hope and find the truth. He goes to Leela’s house. Suwarna asks Naira to come and select her Gangaur costume and jewellery. She tells that Dadi has called the jeweller home for Gangaur shopping. Naira misses Kartik when she sees all the couples sharing the moment. She imagines Kartik, feeling romance. She wishes to turn her dream true.

She thinks to plan a romantic surprise for Kartik. Samarth reacts on seeing Vansh sitting in Gayu’s lap. He calls Vansh fat and hurts his feelings. Vansh weeps that Samarth has called him fat. Gayu and family get against Samarth’s ill behavior. Gayu feels Samarth is doing injustice with Vansh. Kairav consoles Vansh, who is upset that Samarth doesn’t love him. Gayu feels sad for her son. Naira tells her that she will teach a lesson to Samarth. Samarth justifies himself to the family. Manish tells that they aren’t blaming him.

Naira tells them that Gayu and Vansh are going to Singhania house and will return after the delivery. Samarth gets worried and tells that Gayu won’t be comfortable there. He wants to take care of Gayu. Naira asks him to stop differentiating between Vansh and his coming child, since his behavior is hurting Gayu. Samarth tells that he won’t repeat his actions. Naira tries to bring him on the right path.

Kartik forcibly enters Leela’s house to meet her. He apologizes to Leela’s son. He thinks Leela is hiding from him. He pleads Leela to tell her if the news about the baby theft is true, if his baby is alive, if his baby was also a victim of the racket. Leela’s son tells that Leela isn’t at home, the lady is Leela’s sister. He tells that Leela has given a letter for Kartik. He requests Kartik not to hate Leela for her mistake. Kartik wants to know what did Leela write in the letter. He loses courage to read it and goes somewhere. He then decides to read the letter.