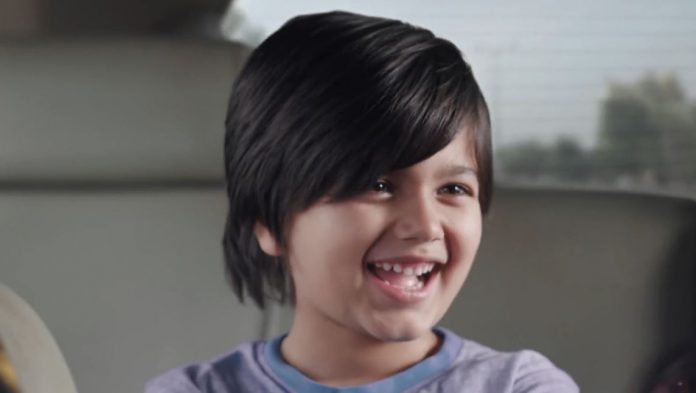 Starplus Mohabbatein NEW Chahatein Saransh in trouble Prisha is jealous that Saransh is getting close to Rudraksh. She asks him why did he sleep with Rudraksh. Saransh tells her that he wanted her to sleep in peace. She finds him sensible. She is happy that he is happy with Rudraksh. They enjoy the breakfast brought by Niketan. On the other hand, Rudraksh flatters a lot to please Ahana for his purpose. He tells Ahana that he respects her like his mother, he wants a small favor from her.

Ahana knows that he is buttering up for some purpose. She asks him what does he want. He tells her that he wants a smart kid to get admission in her school, so that the school also gets good publicity. He tells that the boy is a celebrity’s son. Ahana wants to know who is the boy. He doesn’t tell that he is pleasing her to get Saransh’s admission done. Ahana asks him to get the boy at the school. He thanks her for agreeing to his request.

Meanwhile, Prisha gets Saransh ready for the school. She tells him that she will be completing the remaining formalities, he can make new friends in his new school. He dislikes the new school. He doesn’t tell her anything so that she doesn’t feel bad. He thinks to adjust in his new school, but is unhappy within. He makes a prayer that Rudraksh helps him some way. Prisha keeps everything ready. The school leaving certificate gets spoiled after some water spill.

She tells Saransh that they will first meet Ahana to get the certificate copy. She takes him to his old school to meet Ahana for the purpose. Rudraksh meets them and surprises Saransh by getting his admission done in the same school again. Rudraksh shocks Ahana by telling her that he was talking about Saransh’s admission. Ahana hates Saransh and doesn’t want to support him. She tells him that she will not accept his request. Prisha doesn’t want Ahana’s favor. She tells him that Ahana will never accept Saransh’s admission form. Rudraksh assures that he will try his best.

Ahana gets helpless when Rudraksh asks her to just accept Saransh’s form for his sake. He tells that he can do anything for his son. She thinks to keep the matter on hold by some excuse. Prisha tells that she has already got Saransh admitted in another school. Rudraksh tells her that Saransh isn’t happy to go there, he has told that he wants to attend classes in his old school. He asks Prisha if she doesn’t love Saransh or doesn’t know what he wants in reality. He tells Prisha that Saransh will be happy with his old school friends. Ahana asks Rudraksh to prepare Saransh for the admission test, since its compulsory to pass the test.

Rudraksh tells her that Saransh will surely pass. Ahana wants to prepare the toughest test paper to fail Saransh. Rudraksh asks Saransh to prepare the test paper and then pass easily. Prisha doesn’t want Saransh to learn cheating. She tells that she will make Saransh work hard. Prisha meets Sharda and emotionally convinces her. She wins Sharda’s trust. Ahana and Mishka plan to hire Yuvraj for troubling Prisha.

Saransh falls in new trouble when he gets attacked by the mysterious red-saree clad woman. He doesn’t see her face and is confused. He tries to catch the enemy, but falls inside a room, where he gets locked up. Saransh gets terrified by the woman’s evil. Prisha learns the threat on Saransh’s life. Who would be after Saransh? Keep reading. 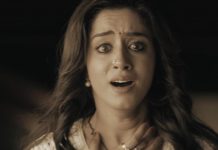