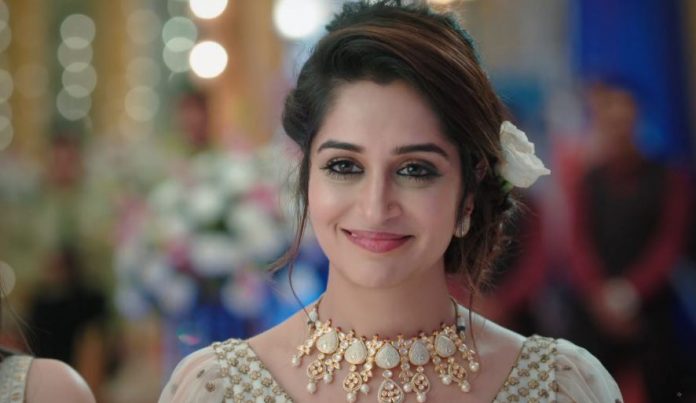 Kahaan Hum Top 10 Starplus Ronakshi old is gold Moments Picture 1. Rohit falls for Sonakshi while trying to stay away from her and after playing the fake love affair. Rohit and Sonakshi doesn’t realize that life is giving them a second chance to explore love.

Picture 2. Rohit and Sonakshi’s epic marriage after crossing many hurdles like Raima and Mahesh. The couple ties the knot and makes a relation of lifetime, filled with trust and friendship. Sonakshi proud to be Sonakshi Sippy in this moment.

Picture 3. Rohit and Sonakshi happy moments before Nishi entering their lives with evil. Moment to cherish all the life. Just picture perfect.
Picture 4 Rohit saves Sonakshi from falling into the pool and hears her hearty emotions, feeling guilty of ditching her on Nishi’s command. He loves her and this moment proves his true unspoken love.

Picture 5. Rohit’s jealousy on the top after trying to settle Sonakshi with her good friend Sumit. Rohit maintains that he doesn’t care for Sonakshi’s new phase of life, but is much jealous to see her dancing with Sumit on the dance floor. A scene to remember with good inputs from Sumit, who tries to make Sonakshi realize her love for Rohit.
Picture 6 Iconic kidnapping of Sonakshi by none other than the sweet turned bitter Veena Sippy. Sonakshi pleads for freedom to Veena, who turns deaf ears because of Nishi’s brainwashing.

Picture 7. Sonakshi’s epic slap to Nishi. Sonakshi takes the avatar of a Tamil nurse Parvati and vents out her anger build up on Nishi by a rough slap. It doesn’t change Nishi’s wickedness, but gives some satisfaction to Sonakshi’s fans for getting to see her daring side.
Picture 8. Rohit and Sonakshi’s soulful meet in his hallucination when he is close to die due to the supervirus. Rohit confesses his immense love to Sonakshi and also apologizes for the injustice he has done to her because of Nishi. A memorable moment indeed.

Picture 9. Sonakshi’s daring move to enter Sippy mansion and expose Nishi Sippy in order to save Naren’s life by making a plan with Rohit to shift Naren to the hospital. Sonakshi succeeds in saving her father-in-law in the Holi sequence, just before the climax.

Picture 10. The finale episode with Ronakshi union after exposing the evil Nishi. The show’s last episode with many memories of Rohit and Sonakshi.

Which is your favorite moment of these listed? Keep glued for more interesting picture insights.