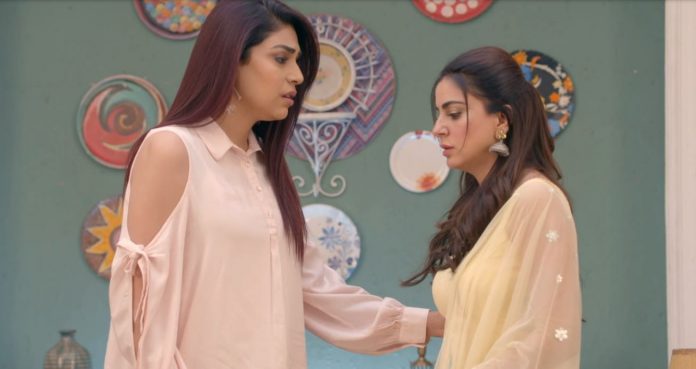 Kundali Exclusive news Zee5 Karan Preeta Bhagya favors Mahira blames Preeta once again for kidnapping her and keeping her away from the home to stop her marriage with Karan. Mahira tells that Preeta had once again hired the goon to kill her, but she was lucky to save herself from the danger.

She tells that she had thought of her family and ran to the home to save her life, with just Karan’s love giving her strength. Luthras praise Mahira’s courage and also her love for Karan. They blame Preeta once again. Karan and Rishabh get fed up on hearing Preeta blamed again and again. They are unable to say anything.

Kareena tells them that Karan and Mahira’s marriage will happen after the haldi. Mahira enjoys her haldi ceremony. Ramona applies her the haldi first. Rakhi and Kareena also do the rituals with Karan and Mahira. The haldi ceremony goes on in full swing. Rishabh feels Karan is ruining his life by marrying Mahira. He wants Karan to trust Preeta for once. Mahira and Sherlyn are very happy to enjoy the haldi ceremony. Mahira is certain that her truth will never come out, Preeta can never dare to come to Luthras and expose her. She feels like a queen who already achieved victory.

Meanwhile, Shrishti tells Preeta that everything will be ruined if Karan marries Mahira. She tells that they can’t stop anything later on, if they are willing to bring a change, then they have to rush right away to stop the marriage. She asks Preeta to just gather courage so that they stop the bad shadow from entering Luthra house.

Elsewhere, Sherlyn brainwashes Rishabh against Preeta. She tells Rishabh that Preeta is the culprit, she had tried to kill Mahesh, she shouldn’t be roaming free. She wants Preeta to get arrested. She asks why is Preeta still free, why aren’t Luthras punishing her by throwing her in the jail. Rishabh reprimands Sherlyn for always blaming Preeta for every single thing. He asks her the reason for her hatred towards Preeta.

Sherlyn gets a shock to know that Rishabh is still captivated by Preeta’s goodness and doesn’t want to hear a word against her. She still doesn’t want Rishabh to help Preeta in proving her innocent. Preeta decides to barge into Luthra house and stop Karan and Mahira’s marriage.