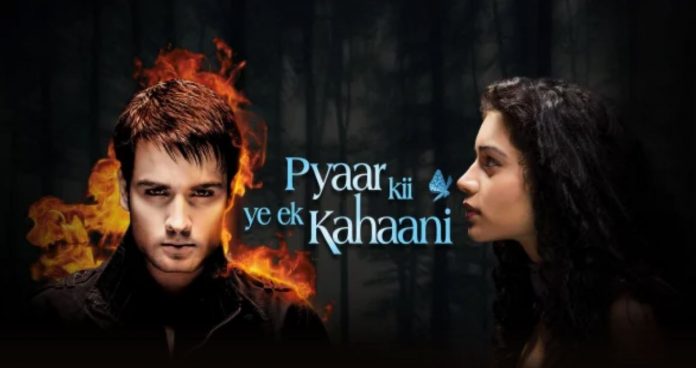 Pyaar Kii Ye Ek Kahaani Abhay Piya Classic Vampire series Piya feels special and reminisces the moments she has spent with her mother. She was much wanted by her mother, who weaved a good future for Piya. Piya always missed her father in her life. She feels her dad loves her and doesn’t just express. She never wished her mother to leave her alone in the world.

Fate gets tough on Piya who loses her mother in childhood. She just holds her mother’s pendant close to her heart to get the dose of her love and blessings. Back in present, Piya yearns for her mum’s love. She is an orphan and finds motherly emotions in Mrs. Lamba’s kindness. Piya gets glad to get Sonia’s jacket.

Piya wants to cherish her mum’s values and teachings. She knows that she is made just for love. She hopes that love finds her wherever she goes. Piya gets scholarship and turns lucky to get admission in Mount College. Piya becomes an inspiration for everyone in the orphanage.

Piya gets on the way to reach Dehradun to join her new college, Mount College. Piya’s new journey begins. She learns about the dense jungle. She proceeds towards the jungle after being warned about the threat. The jungle has many secrets hidden inside. Piya dares to know the secret. She gets chosen by the jungle to unravel the secrets. Piya gets close to meet Abhay, the vampire, who keeps an eye on her just to secure her.

Piya just finds the jungle’s beauty appealing. She doesn’t think beauty of the nature can scare her. Abhay runs in a flash to reach her. Piya gets a glimpse of him. She gets confused. The iconic college characters get introduced, Danish-Panchi, Misha, Tanushree and Kabir. Piya catches Tanushree/T’s attention on reaching the college. She instructs the fresher Misha to rag Piya. Misha slaps Piya on Tanushree’s word. She then apologizes for the not so personal thing. Piya slaps back Misha and doesn’t want her to take that personal. Their friendship soon begins. The girls get spell bound with the sight of a handsome dude, Abhay Raichand making an entry in the college.

Shoot in your comments to express your likes and dislikes on the show. Hit like or comment below if you want to read further on this Classic show.