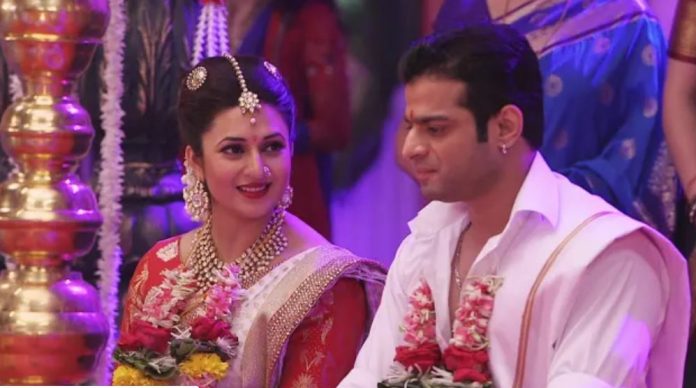 Raman Ishita Mohabbatein Starplus Hilarious start Revisited Ishita is a dentist by profession. She treats a kid and removes the decayed tooth, by narrating the story of Kanha. She is applauded for being so sincere in work. Ishita’s Tamilian Iyer family is introduced.

Her parents are worried that Ishita is so helpful that she often lands herself in trouble. Ishita treats the kid as her own. She regrets the big truth of her life, that she can never conceive, she can never achieve the happiness of motherhood. Her mum is glad to read the horoscope, which states that someone special will be entering Ishita’s life.

Ishita bumps into Santosh Bhalla’s car. She accepts her mistake. Santosh demands a compensation. Ishita is ready to pay for the loss. Ishita’s mum refuses to pay anything. The neighbors get into a hilarious fight. Ishita gives the cheque to the Punjabi neighbor. Ishita has to visit the marriage bureau. Santosh also wants to go to the same place to find an alliance for her son, Raman Bhalla. The difference between both the families is seen. Ishita’s mum makes her hide her secret. Santosh speaks to the community and expresses her wish to get a Bahu for her son. She tells about her son’s divorce settlement.

She informs about Raman’s business. She praises her son. Raman is seen yelling at his employees. He is completely the opposite as Santosh’s description. Ishita goes to introduce herself. She talks sweetly as per her nature. She speaks about her profession, her background and parents. Ishita meets someone, who shows interest in her profile. The guy tells her that they have many things in common, he believes in fate and would like to marry her. He tells that he has fallen in love at first sight with her.

Iyers expect the guy to get his family for the talk. They get upsetting news that the guy refused for the marriage, after Ishita revealed the secret that she can never conceive. She doesn’t want her parents to hide her life’s truth, since its not a small thing to neglect. She is sorrowful to think about another broken alliance. She tells her that even her fiance Subbu refused to marry her because of her infertility. Ishita goes to help a puppy on a road. She finds a little girl Ruhi going to save the puppy.

She rushes to save Ruhi and the puppy from getting knocked down by a speeding car. Ruhi makes an entry in Ishita’s life. Ishita acts protective like Ruhi’s mum. She thinks Ruhi is the special person, with whom she falls in love at first sight. She takes Ruhi to drop her home. Raman and Ishita cross paths, and don’t share any admiration. Their alliance gets fixed by their fathers. Raman and Ishita agree for the marriage just for the sake of little Ruhi, who needs a mother. Ruhi completes Ishita’s life by becoming her daughter, giving her the status and happiness of motherhood, while Ishita completes Raman and Ruhi’s lives by her true selfless love.

Due to Covid-19 situation, Current shows fresh updates have stopped. We will try to collect any upcoming news and provide to you to balance out the shows abrupt closure. You may still find the upcoming news on the website. Comment below if you find any alternate content interesting or willing to read on Tellyreviews.