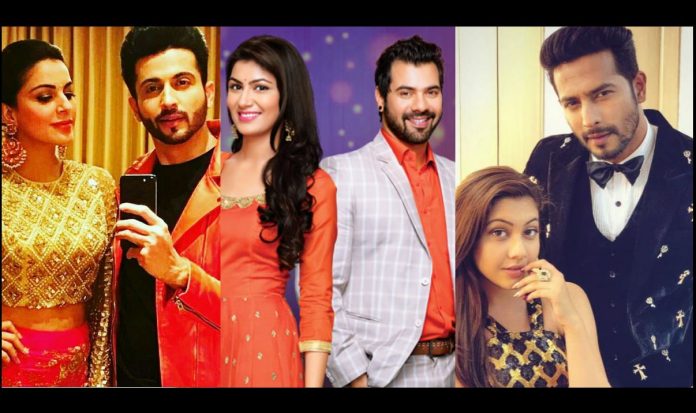 Abhi Karan Malhar Zee Prime Upcoming Hit Twists Zee TV has been trendsetting when it comes to give the best heroes to the viewers. Be it Abhi of Kumkum Bhagya, Karan of Kundali Bhagya or Malhar of Tujhse Hai Raabta. The shows are diverse and also the characters. But in Kundali, more heroic person is Rishabh Luthra, who holds a voice of his own and also the courage to raise the voice in the demanding situation.

Karan stays silent most of the times even when the family or his love urges him to speak up and voice his opinion. Karan is one such person who mostly leaves the viewers unsatisfied. Even then, Karan Luthra is a heartthrob, the viewers love to see his pairing with Preeta in the show. Preeta seems to love him unconditionally, knowing how immature he behaves.

Karan can’t tolerate to see her with any guy, despite the fact that he had abandoned her after the wedding. Karan holds much jealousy and often expresses it in the love moment. Preeta wants Karan to take a stand for their love. Aggressive Karan may come up with a strong stand soon. Also, Abhi and Pragya’s love story is unsatisfactory. They don’t meet again and again, leaving the viewers frustrated by the multiple hits and misses. Many a times, promos air and show Abhi and Pragya uniting on their surprise meet.

The episodes go nice for few days and then its again the same story of separation. Still, Abhi’s immense, true and strong love for Pragya makes him the most loved hero on the channel. Abhi stays loyal to Pragya and never shows any disbelief on her. He stays faithful and also believes that she is faithful to him, even after their lives move 20 years ahead. He deeply misses her, just like she misses him. They prove that their love may not have a union in destiny, but its surely eternal. Karan and Preeta’s love falls weak on such terms.

They don’t have any faith or mutual understanding. Even a slightest hit breaks their relation. Karan is expected to support Preeta in the coming track. Viewers are expecting him to make a master plan to expose Mahira and then get back to Preeta as a strong supportive lead. Tujhse Hai Raabta’s lead character Malhar can be defined as a fierce and strong cop, who loves, respects and protects his wife Kalyani. Though he doesn’t know much to express his love, he fulfills all the duties of a doting husband.

He believes in proving love by great actions than verbal promises. The leads on Zee have surely given a new meaning to Filmi love, by bringing different shades of expressing the strong emotion. Noteworthy is the chemistry between the lead couples. Be it any storyline, the leads don’t forget to surprise by their natural talents, filling lives in every joyful and sorrowful moment. We wish the three magical jodis, Abhi-Pragya, Karan-Preeta and Malhar-Kalyani to be back after the Covid-19 break with extra drama, spice and lots of love.