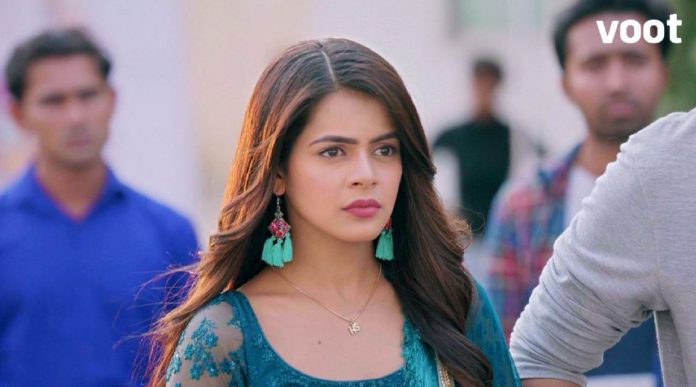 Shakti Barister Babu Colors Upcoming track Nutan tries to save Virat from the madness. She asks them to help Virat rather than pelting stones. Harak and Preeto see the people hating Nutan, who is a kinner. The people throw stones at Nutan as well. They realize that people aren’t able to accept kinners in the society and worry for Heer more.

Virat protects Nutan. Heer wants to go to Virat and help him. She gets hurt as the same time as Virat. Sant Baksh sends the police to stop Virat’s madness and take him out of Heer’s house. The police warns the people to disperse. Virat is taken away by the police even when he tells that Heer is held captive by her own family. Soham asks Rohan why isn’t the family supporting Virat and Heer’s love story, when there is no problem.

Rohan asks him not to question elders’ decision. Soham tells that Virat loves Heer and has proved it, they should support Virat by going against the family. He tells that he will make Virat and Heer elope. Harak angrily slaps Soham. Heer and Virat plan to meet on the Karwachauth day.

Barister Babu:
Anirudh takes the initiate to bring a good change in the village. He tells that he wants to make Tulsipur one of the best village. He shares the idea of making public toilets for women, which will end women’s fear and humiliation. He wants to take a step to support the women dignity.

The city’s influential decision makers mock him and feel its an insult to think for women community. Anirudh finds the men having low thinking. The men instead call his thinking cheap. Anirudh is given a new challenge when they ask him to get approval and consent of few women. They are sure that no women will agree for using public toilets. Anirudh wants to fulfill the needs of the women community.

He wants hygiene to be maintained. He tells that he will explain the women that its for their betterment. The men ask him to at least get consent of five women, only then they will agree for the public toilets construction. Anirudh accepts the challenge. Binoy doesn’t think Anirudh will succeed. Anirudh is determined and can go to any extent to fulfill his word.