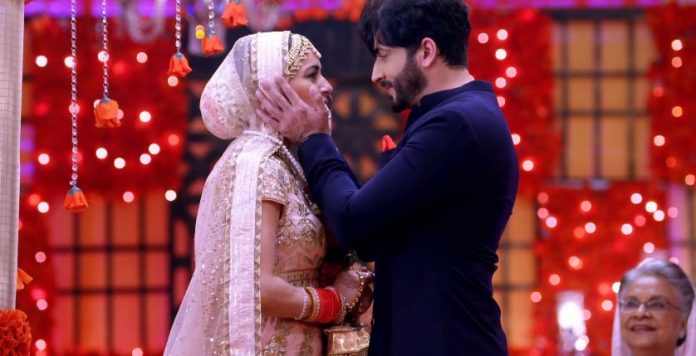 Kundali Bhagya Throwback how Preeta Karan story started It so happens that Pragya suddenly learns about Sarla’s two more daughters, who were lost years back. The two girls come back in picture and unite with their mother Sarla. Sarla heartily welcomes Preeta and Shrishti home. She then gets a new meaning in life, with new responsibilities, since Pragya is living on her own. Sarla heads the Arora family.

Preeta starts supporting the family financially by her job of a physiotherapist. Sarla runs the Kumkum Bhagya marriage hall to earn a living. Shrishti does nothing and lives her life in a best way possible, being the immature one. Preeta gets to meet the famous cricketer Karan Luthra and his family, when she meets them for treating Karan’s Dadi.

She becomes Dadi’s physiotherapist. Luthras find her a very sweet and simple girl. Karan and his elder brother Rishabh get drawn towards Preeta’s simplicity. Karan doesn’t admit his liking for her, and often gets into conflicts with her. Rishabh thinks Karan isn’t interested in her and confirms by asking him out. He decides to confess his feelings to Preeta and marry her, but fate has some other plans for him. Sherlyn enters Rishabh’s life. His engagement gets fixed with Sherlyn. He gets into an emotional turmoil since he loves Preeta. His feelings start developing more and more, on seeing her visiting home often.

Preeta shares a friendly bond with him. He isn’t convinced with the idea of marriage, until Preeta explains him and asks him to think for his family’s happiness. He gets mistaken that she is talking about their marriage. He thinks even she has developed liking for him. A misunderstanding happens and his approval for marrying Sherlyn surprises the family. Sherlyn finds Rishabh having a soft corner for Preeta.

She vows to throw out Preeta out of his life. She doesn’t think that Karan would fall for Preeta some day. Preeta learns that Sherlyn is having an affair with Prithvi. She confides the truth to Karan, who is ready to do anything to save his brother’s future. Karan and Preeta work together to find evidences against Sherlyn. During this task, they get friendly and get to know more about each other. Karan and Preeta gradually develop a mutual liking.