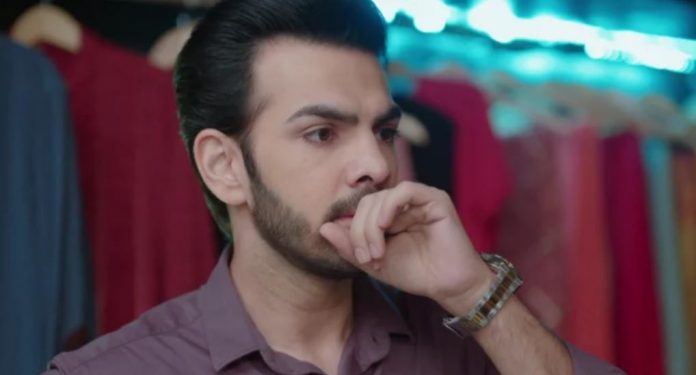 Kahaan Hum Starplus Speechless moment for Rohit Kahaan Hum Kahaan Tum has given many memorable moments to cherish even after its successful run ended. Rohit and Sonakshi are remembered so much that the viewers wanted the show’s re-run on the channel, which could be another successful run. The channel may consider the fans’ wish to watch the show’s initial episodes having bundles of hilarious moments in the show, during the lockdown, along the re-run of old shows.

Rohit and Sonakshi’s successful jodi was made with the show’s different and realistic approach seen in the very first episodes. Bringing another memorable moment from the show, when Sonakshi gets Rohit’s tattoo. Rohit also demands a gift from Sonakshi. He asks her if she could get gifts for everyone, except him. She tells him that she has got a gift for him as well. He tells her that he likes the treasure hunt. She tells that its something personal.

He checks her handbag, since its the personal thing for girls. He doesn’t get anything in the purse. She tells him that its more personal. He tickles her to know where did she hide his gift. She asks him to stop tickling and wants to give him the last hint. He asks her to say it specifically.

Sonakshi then surprises him with the tattoo of his name on her back, which leaves him just speechless. Rohit can’t believe that she has tolerated so much pain for his sake. She tells him that she can tolerate anything for his love, since it doesn’t make her realize any pain. She confesses that she loves him a lot. Rohit feels guilty of not supporting her all the time. He promises togetherness to Sonakshi.

Shoot in your comments to express your likes and dislikes on the post Kahaan Hum Starplus Speechless moment for Rohit.