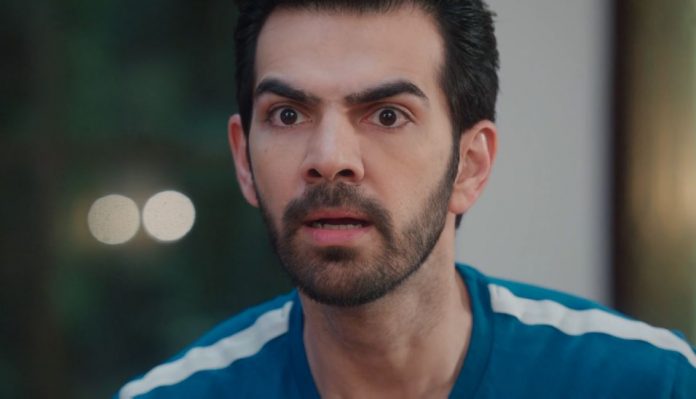 Kahaan Hum Number One Hilarious begin Ronakshi Kahaan Hum Kahaan Tum initial episodes are a good source of entertainment in the period of lockdown. Filled with hilarious moments and reel and real life differences, its something worth watching again and again. Resuming to the third episode of the show, Rohit treats Sonakshi, while admiring her beauty in his heart, which reveals much later. Sonakshi and Rohit happen to see each other for the first time.

They have the Chalte Chalte moment. Netra is glad that Sonakshi is conscious. Sonakshi, being a humble soul, doesn’t thank him unexpectedly and adds up to a new drama by criticizing his qualifications. Sonakshi refuses to take the medicines, which have harsh side-effects on her skin. He gets miffed with her. She learns that he is a famous doctor.

Still, she criticizes him, without caring that he has treated her on time. He overhears her and finds her really oversmart and overdramatic. He controls his anger. At Sippy Mansion, the house helpers have a talk about Sonakshi’s show Kahani Parvati Ki. Vimmi is happy that there is nobody in the house. She chooses to watch the show on the big tv. Rohit arrives home and thinks of dining at the same time when the show airs. Vimmi gets troubled with the thought that she will miss the episode. On the other hand, Netra drops Sonakshi home. Suman gets into an argument with Netra and wants to charge more.

Sonakshi doesn’t care for their usual arguments regarding the money. Sonakshi gets upset when Suman calls the tv medium smaller than film industry. She tells about the hardwork it takes to make a show succeed. She expresses her woes. She gets some happiness in the form of her fans’ cheerful messages. Rohit then realizes that Vimmi wants to watch her favorite show. He permits her to watch it. He is then shocked to see that she is Sonakshi’s devotee. Vimmi plays the show and watches with sheer devotion, believing every bit of the screenplay. Rohit finds it really weird. He asks about the show’s name.

He learns that Sonakshi’s show Kahani Parvati Ki is much popular, but totally senseless. He tells that he has met Sonakshi on her sets to treat her low BP. He gets a chance to criticize the show’s scenes and dialogues. He comes up with valid questions regarding the scene. He gets a laugh on Sonakshi’s character Parvati. He is also miffed to see the poor screenplay. He wants to meet the writer, director and producer of the show to question about putting such insensible scenes in the plot. He counts the number of times, Sonakshi turns and shouts in the scene, thrice always. He gets more interested to see how the scene finishes.

Parvati challenges the doctor in the scene and takes pledge of saving her husband. Rohit gets puzzled. He calls her really mad and asks how can she take the matters in her hand when doctor has declared her husband dead. Vimmi tells him that Parvati is blessed by the Goddess and can do any miracle. Rohit turns mad seeing the stupid scene with the heavy dialogues. He can’t believe that the show’s heroine has gone to operate her husband, without having any medical degree, making fun of doctor’s profession. Parvati saves her husband and is praised by her fans.

Rohit threatens to fire his servants if they don’t listen to him. He watches the doctors greeting Parvati as a Goddess. Sonakshi’s character gets more hilarious when Parvati invites her husband Kunal for Choti’s Sangeet on the same day after the surgery. Rohit wants to file a case on the show makers for showing a wrong story.

Reviewed Rating for this particular episode: 5/5 One of the best episodes of KHKT
This rating is solely based on the opinion of the writer. You may post your take on the show in the comment section below.