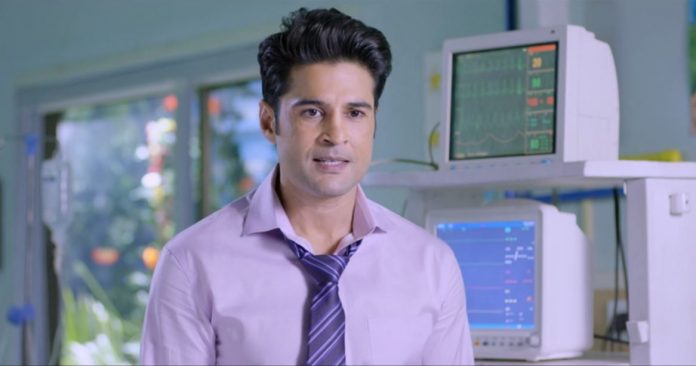 Zee5 Heartbeat Emotional love deciding factor Squadron leader Abhimanyu Jain met with an accident three years ago. The accident was so deadly that his survival hopes are just nil. Abhimanyu is in coma since three years. His wife Saanvi imagines him around. He wants her to free him from the hospital, since he used to hate hospitals’ sight. He feels he is tolerating a lot since three years.

He isn’t able to wake up. She wants him to come back to her. She wants to keep him on the life support until his heart is beating. He doesn’t think he is alive. He tells her about his accident. He recalls working for the Indian Air Force. The plane crash took him towards his death. Things weren’t in his control. He doesn’t want the long silence to affect Saanvi’s life.

He knows that he can never fly again, he is gone. Saanvi wants to know who decides about a person’s heartbeat. She recalls his last words, that he loves her a lot. She loves him a lot. He wants her to take her life’s biggest decision, to reject their relationship and move on. Saanvi regrets that he isn’t able to wake up from the coma. She refuses to leave him. His words echo in her ears. He wants her to hit the switch that would give him freedom. He repeatedly tells her that fate isn’t in his favor, even his wife can’t save him. She wants to challenge the fate.

She can’t replace Abhimanyu in her life. He wants Saanvi and Rajat to get support from some humble man, who completes their family. He is sure that his life will be ceased. He wants her to press the freedom switch, which will make him give a new life to her. He wants his wife and son to have a good future.

He is aware that his coma will never end, their is no hope of his return. He makes her realize that he is appearing and making this conversation possible by her inner thoughts. Saanvi doesn’t think she can let Abhimanyu go. She has been fighting with her inner dilemmas. She is tired up by now. He tells her that he will always support her unconditionally.

He is sure that nobody will judge her. She gets a hope after finding a brain activity in him. Doctors confirm that his state is still the same. She wants to know if Abhimanyu would have killed her, if she was in his place, lying on the hospital bed.

He tells her that he is tired of living on the hospital bed, locked up at one place, he isn’t alive that she would kill him. He urges her to decide for three lives. Saanvi decides to let Abhimanyu go away by stopping his heart beat. She knew that she had to accept Abhimanyu’s request. She presses the freedom switch and switches off the life support. Abhimanyu got free from the cage, after she smashed the cage to free his soul. She releases her life’s autobiography, titled heartbeat, receiving appreciation. She visualizes Abhimanyu, who applauds her bravery.

Reviewed Rating for Zee5 Heartbeat Emotional love deciding factor: 4/5
This rating is solely based on the opinion of the writer. You may post your take on the show in the comment section below.