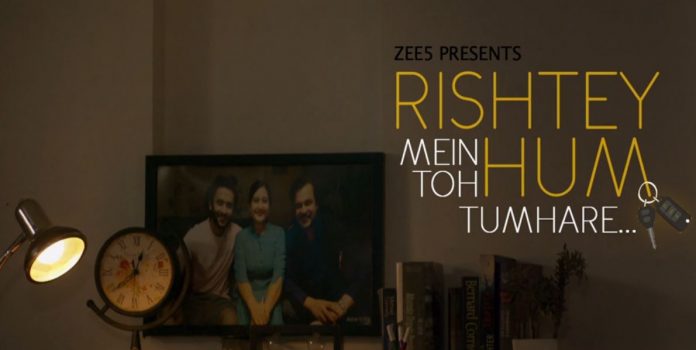 Rishtey Mein Toh Hum Tumhare brings a sweet tale about a strong relationship of a father and son. They have a cute banter while dining. Dad asks son about his preparations for the big day. Son doesn’t want him to ask again and again. Dad wants to cancel the plans. He scares his son in a hilarious way. He reminds that the bike keys were left in the trousers.

Son asks him to go and sleep, rather than giving him stress. Son goes to speak to his girlfriend. He gets a shocking sight, seeing his dad guarding him at night. He wants dad to just let him free in his privacy zone. Dad wants to know if the documents are checked well. He also wants to spend more time with his son, who is leaving the next day.

He tells that they can clean the car windscreen together. Son asks him to just sleep. Next day, dad and son have a joyful moment when dad learns car driving from his son. Son advises him to drive slow, since his marriage didn’t happen yet. Dad drives rashly and scares him again, bursting into laughter. Son gets scared of his reckless driving. They reach home safely. Son gifts him a new car as a present. They get into an emotional moment. Son knows that his dad worried for him all his life, and never thought of himself, like a doting dad. He tells that his dad is like a God for him. He calls him a rockstar. Dad and son go for another ride.

Reviewed Rating for this particular episode Rishtey Mein Toh Hum Tumhare Sweet tale on Zee5: 4/5
This rating is solely based on the opinion of the writer. You may post your take on the show in the comment section below.