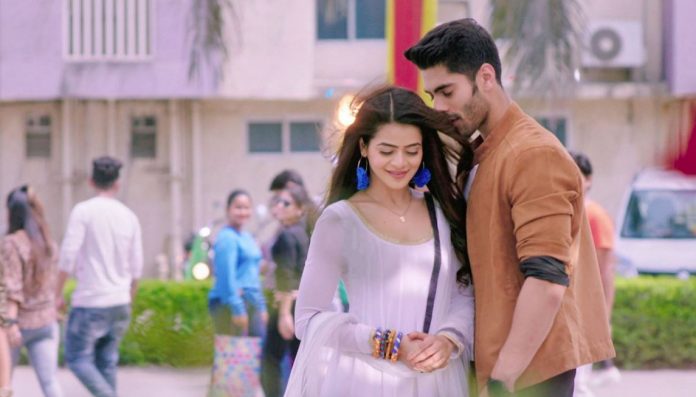 Shakti Colors Lockdown Episodes Heer upcoming twists Virat’s Dadu warns Daljeet and Sant Baksh against spying on him. He doesn’t want Sant to act like his father. Sant tells Dadu that his principles are different, he will not change himself. Dadu fails Sant’s plans.

Virat finds Dadu a cool man, who has really handled Sant. Sant Baksh gets hindered by some kinners on the way. Heer wants her brothers to understand that she is Virat’s friends. She wants to propose Virat. She makes Soham busy with Nutan. She meets Virat at the cafe and spends time. Sant gets to see Nutan with the kinners. He recalls Nutan and confirms if they are kinners. He gets to ask Nutan if she goes to college.

He realizes that Harak’s grand daughter is a kinner. He thinks something is wrong. He wants to find out the truth. Heer wishes that Nutan doesn’t let Soham know about her and Virat. Nutan compliments Soham and engages him in a phone call. Virat asks Heer about Soumya. Heer tells him that Soumya was Harman’s first wife, she has always loved Soumya as her mother. She tells him more about her family. She wants to leave before her brothers arrive.

Harak asks him to stay out of his matters and control Virat at least. Virat falls in love with Heer. He doesn’t realize when did she become a special friend. He gives her a name, Gulabo, just like Harman used to call Soumya. Virat tells her that he stays happy when she is with him, she has become his favorite, since she gives him peace. He asks if he shall call her Gulabo.

She tells that she wanted to become like Gulabo, she will take permission from Soumya first. Virat informs Dadu that he has found his Gulabo. Dadu wants to celebrate with him. He supports Virat in his love story. Sant doesn’t want Dadu to support Virat and spoil him. He asks Virat to come home and bid a farewell to Virat. He decides to send his dad to the old age home, so that Virat’s career gets saved. Dadu decides to leave, keeping his self esteem.

Virat rushes home to stop Dadu. Sant tells the family that Heer is Harak Singh’s grand daughter. He doesn’t want to accept Heer. Harak meets Preeto at home and tells that Sant was close to know Heer’s truth. She doesn’t want the truth to come out. Harak tells her that they have to teach Heer to become independent, before anyone calls her a kinner. They want to empower Heer. Virat requests his family to not snatch his friend. Sant agrees to him on the condition that he will get married to Jharna. Virat gets helpless. He meets Heer, who proposes him for marriage. Virat refuses to her proposal. He turns upset within, knowing Heer is going to shatter.

Rohit Sonakshi to return on Starplus with Kahaan Hum 2

Reviewed Rating for this particular episode Shakti Colors Lockdown Episodes Heer upcoming twists: 3/5
This rating is solely based on the opinion of the writer. You may post your take on the show in the comment section below.