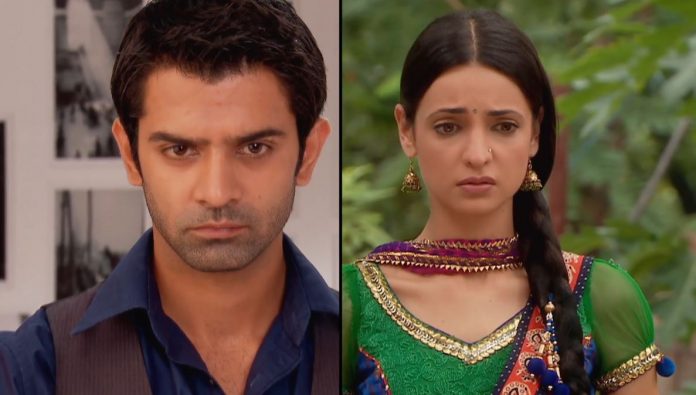 IPKKND Upcoming Big revelation Arnav promises Anjali Nani tells Anjali that they have to direct Arnav’s life. Anjali tells that Arnav isn’t even listening to her. She doesn’t want to lose Arnav. She tells that she has faith on him and his decisions. Nani asks her if she is supporting Lavanya. Anjali tells that she will agree with Arnav’s decisions, since she wants his happiness. Nani tells her that she will not accept Lavanya as her bahu. She takes the decision.

Meanwhile, Bua ji asks Khushi about the food. She sends Khushi to the kitchen. Shyam speaks to his family and promises to come soon. He gets to see Khushi and disconnects the call. He lies about the client’s call. He hides about his marriage and wife. Lavanya asks Arnav if everything is fine. Arnav tells that he will assure everything gets fine. He doesn’t want her to take stress.

Manorama tells him that Nani is much angry on him. Arnav tries to break the ice. Shyam and Khushi serve the food for Bua ji. Shyam asks Khushi why is she still upset. Khushi tells that she isn’t upset with everyone because of few people. He asks her to move on in life. He puts some sense in her mind. She agrees with him. She feels she is at fault to get adamant for a job. He asks her to stop regretting and learn from mistakes. He tells that person should listen to heart and live life on own terms. Arnav wants Nani to have food and break her strike.

Arnav threatens of leaving the house if she compels him to change his decision. He tells Nani that he will leave the house and go away from her, so that she can get some peace. He also wants to stay in peace. Nani asks why is he so eager to go to Lavanya’s house. Anjali gets worried seeing Arnav rebel. Arnav accepts that he is going to stay in Lavanya’s house with her. He isn’t scared of Nani or anyone else. Shyam gets happy seeing Khushi. He assists her in work. He wants her to wash off her bitter memories happily.

Khushi likes Shyam, who is a helpful person. Khushi gets to see his ringing phone. She wonders who is Rani Sahiba. She thinks to answer the call when Shyam doesn’t come. Shyam reaches in time and takes his phone. He answers the phone. He misleads Khushi. She thinks he also works for some queen. He tells about handling the queen’s legal matters. He doesn’t want his truth to come out. Arnav is hurt by the past. He packs his bags and begins to leave the house. Anjali stops him and takes him to Nani again. She wants both of them to patch up.

Arnav doesn’t think that Nani will bless him. He doesn’t want to come back if she can’t let him live free. He tells that its his life, he has grown up and he can decide for himself. Anjali finds them arguing again. She cries and asks them to stop the fight. She wants them to be together until Teej puja. She asks them to continue their argument once the puja gets over. She tells that they will talk once her husband comes. She doesn’t want Arnav to leave the house. Arnav agrees to stay back for her sake. Nani also leaves her rigidity for Anjali’s sake.

Anjali asks Nani to take some food. Anjali prepares for the puja. Arnav doesn’t want her to get upset. He takes care of her. She tells him that she has just spoken to her husband, who cares a lot for her. She feels lucky to get such a husband. She shares her happiness with Arnav. He wants her faith to be secure. She feels indebted to her husband, who loves her a lot. She is scared that something wrong may happen. He promises that he will never let anything wrong happen in her life. He wants her smiling.

Reviewed Rating for this particular episode IPKKND Upcoming Big revelation Arnav promises Anjali: 5/5
This rating is solely based on the opinion of the writer. You may post your take on the show in the comment section below.